Is Fruit Cake just for the holidays? 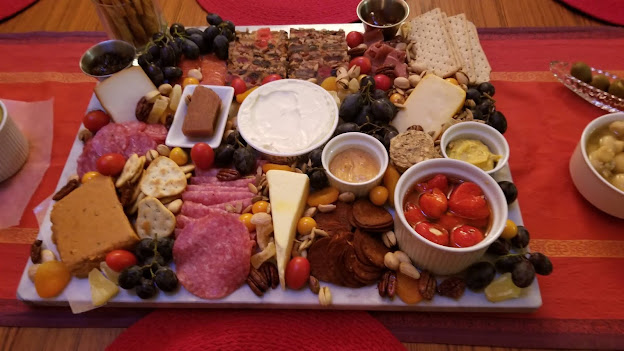 I received an email a number of weeks back, asking if I would be interested in writing a follow-up blog about fruit cake. Back in 2013, I had written a post about the history of Fruit cake, and what I felt might be some good wine pairings. That post was seen by the owners of Jane Parker Fruit Cakes. They offered to send me a fruit cake if I would write an honest opinion of their cakes and share some pairing ideas. A few weeks later, I received a fruit cake in the mail, along with a few small sample packs. This got the ideas flowing, the following is the results of those ideas.

First, let me say that I am one of those that appreciates good fruit cake. The Jane Parker Classic light fruit cake I received was dense, moist, and packed with raisins glace cherries, glace pineapple, and topped with pecans. There was a large ratio of fruit to cake. This wasn’t an overly spiced cake. I would say it had a slight amount of nutmeg. 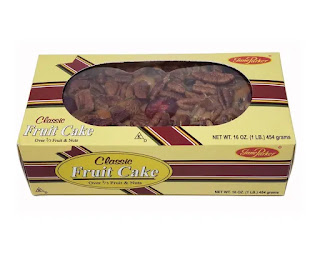 In an effort to be unbiased in my review of the Jane Parker fruit cake, I invited four couples to join my wife and me for a Charcuterie platter and numerous wines. The idea was to let everyone experiment with different meats, cheeses and wines, then formulate their own opinion on what works. I also wanted to break the stereotype of fruit cake only being for the holidays (so why not add it to a charcuterie plate?). I sliced half of the fruit cake and added it to my charcuterie plate. We had about a dozen wines to try, and everyone had numerous wine glasses, to try multiple pairings at a time. 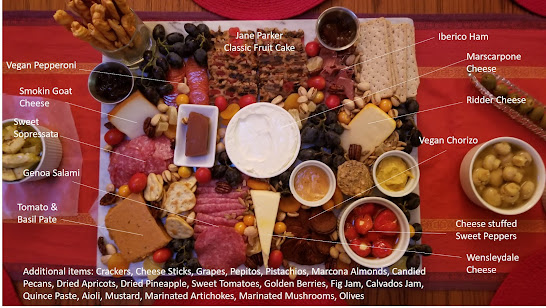 
Out of the ten people attending the tasting, three of us had food industry backgrounds, and three admitted to not really liking fruit cake, and shared the typical jokes about fruit cake. By the end of the night, everyone agreed that the Jane Parker fruit cake was very good, and agreed that it can be a versatile addition to any gathering, if paired properly. Two comments at the end of the night were, “send more cake, we need to do more experimentation” and “this made a fruit cake believer out of me!” 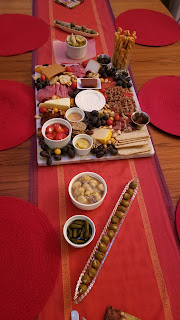 I had originally planned the charcuterie plate with items I thought would work with the fruit cake. The sweetness of the cake should work with salty, so the Iberico ham, and Wensleydale cheese were expected to work….and they did. But it was the items that were unexpected that really got everyone exploring. The surprise of the night was fruit cake paired with the sweet sopressata (sweet vs salty) and probably the best pairing of the night was fruit cake with Ridder cheese and German Riesling (everything just came together on this one). I had thought the tomato and basil pate might work with the fruit cake, and it should have, but the pate needed more salt. In hindsight, I could have added some finishing salt to the pate. The Iberico ham worked perfectly with the fruit cake, and even better when a slight spread of mascarpone cheese was added.

At the very end, I served the Jane Parker fruit cake by itself, and we tried some wine pairings. We found some that were very good. Riesling was the all-around favorite, but Moscato, Liebfraumilch and the Framboise Lambic beer were also excellent pairings. The Gewurztraminer was interesting, as it pulled out the nutmeg flavors in the fruit cake. The Old Vine Zinfandel had just enough fruitiness to work with the cherries and raisins in the fruit cake. Two wines that didn’t work at all with the fruit cake were the Sparkling Rose and the Tawny Port (maybe with a darker style, or chocolate fruit cake). When serving sweet items, always try to keep our beverage slightly sweeter. 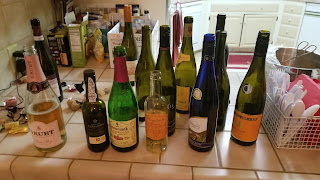 Lastly, we discussed other ideas for using fruit cake during the year (and not just the holidays). Ideas included toasted fruit cake with cream cheese, deep fried fruit cake, and my personal favorite is to use it as a stuffing, by cutting it into chunks to be added to a stuffing/side dish for Pork or Duck.

My unbiased opinion...Jane Parker makes a really nice fruit cake that reminds me of cakes I had as a kid. Fruit cake can be incorporated into a dinner party, wine tasting, or any event, as long as you include items that will pair with the sweetness of the fruit cake.

It was a fun experiment, and one of our guests texted me the next morning saying. “We can’t stop remarking how much we enjoyed last night! Thank you so much for a remarkable evening”. Mission complete!

Now we need to try this again with other Jane Parker cakes.