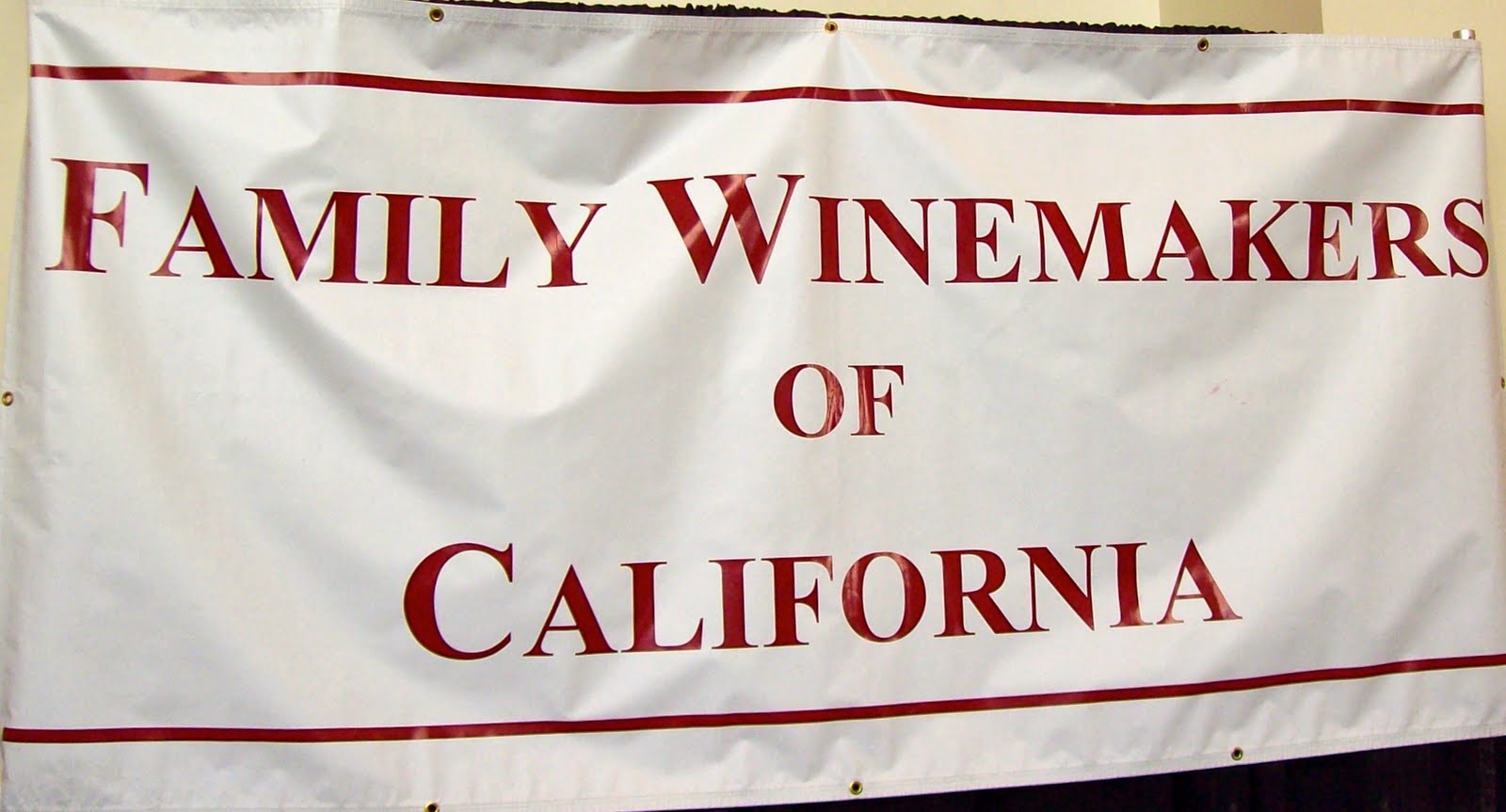 On Sunday, March 9 2014, I had the opportunity to attend the FamilyWinemakers of California event at the Pasadena Convention center. This year, there were 158 wineries pouring some of their best wines. The doors opened at 1:00 for trade and media attendees, then opened at 3:30 for the general public. Most wineries continued to pour wine right up to closing time at 6:00. During my five hours walking the aisles, I was able to taste over 50 wines, met with numerous winemakers and owners, and even caught up with one of my Sommelier students, who was just hired as a Somm for a yet unopened restaurant in Los Angeles.

As in prior years, I had received a list of all the wineries that would be in attendance. I put most of my attention on the Central Coast, and wineries that I had either not heard of, or had not visited. I also focused on Zinfandels this year, in particular old vine Zins from the Sierra Foothills.

The doors opened a little before 1:00, and we picked up our tasting glass. The convention hall was set up with long rows of wine tasting tables. Above each table was a sign, indicating the winery.  Along the outside edges of the hallway were water stations, and large platters of cheese and crackers. The south wall had a large display of fine chocolates. The back wall was set up with the iSip (or VIP) tasting area.

We walked the rows of wine tasting tables, to get the “lay of the land”, and see who we knew. We stopped by Ampelos Cellars and talked briefly with Rebecca and Peter Work). I have known these winemakers for a long time, and have always enjoyed their wines. This time we only tasted their Rose of Syrah, and I am convinced, they make one of the finest roses in California. All their wines are biodynamically produced. Along the same lines, one of my new favorites is Martian Ranch & Vineyard. Nan Helgeland, the owner, and her wine club manager Dawn Wilson, both spent a lot of time filling me in on some activity at their property. Craig and Mike (the two winemakers) have moved on to another property, but their new winemaker, Graham Tatomer, stepped right in, and things are looking very good for this up and comer. They were pouring their 2013 Rose of Syrah which had just been bottled the prior week. Only 437 cases were produced, and already 25% of the total production has been sold. Keep an eye on Martian Ranch & Vineyard (and taste their wines too).

Some of the "picks" of the day:

I tasted a lot of Zinfandels during the day, but there were some standout wineries that you may want to check out. The old vine Zins at Sobon Estate were very jammy. The 2011 Rocky Top Zin is produced from 85 year old vines, and had a deep dark berry nose and taste. For those that like fruit, this is one to try. I am more of a lighter style Zin person, and like a bit of spice, and lower alcohol levels. My favorite Zinfandel of the day (and I went back for a second pour) was J. Dusi from Paso Robles. The 2011 Dante Dusi Vineyard Zinfandel was my pick of the day.

One of the surprise finds was a Pinot Noir from a Paso Robles winery.  Derby Wine Estates has vineyards in both Paso Robles and some coastal vineyards around San Simeon. Their 2010  Coastal Vineyard Pinot Noir had the crisp acidity you expect from a cooler growing region, and had an almost Burgudian quality to it. On top of that, Ray Derby is just one of those guys that you like talking to. Down to earth, and loves what he does. 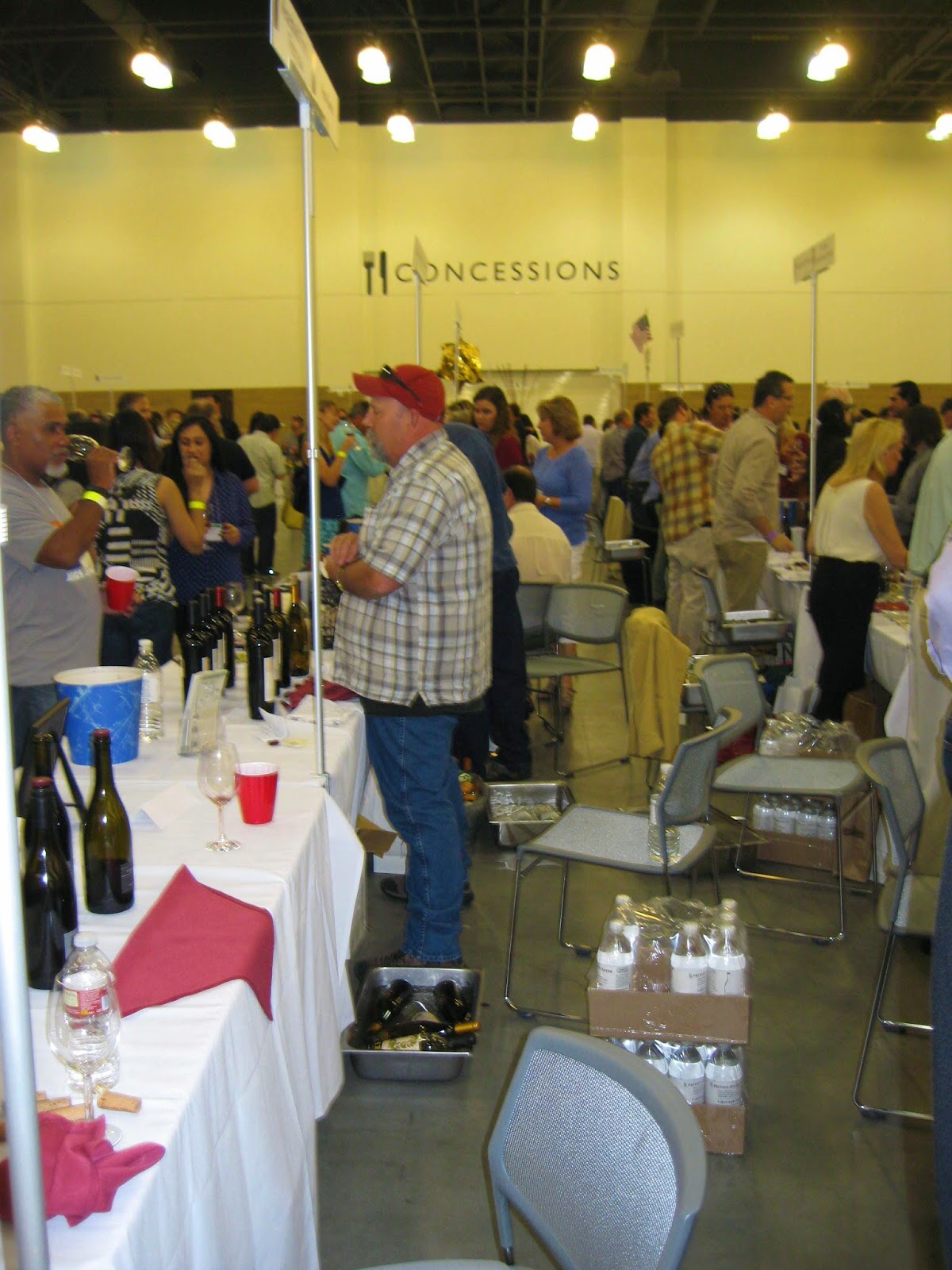 For those that like to collect wines, and look for a wine that will hold and age, check out The Farm Winery. This is a small production winery, making less than 700 cases a year. They don’t have a wine club, or a tasting room. You can purchase the wine at select wine shops, or through their website. The wine for collectors to look at is the 2010 Cardinale, a blend of Cabernet Sauvignon and Malbec. This wine can hold for another 20 years.

I enjoyed the 2012 Grassini Family Vineyards Sauvignon Blanc. I must admit, while I hadn’t had this particular Sauvignon Blanc, I have been enjoying fruit from their vineyards for years, as they supply grapes to Dragonette Cellars, and I love their Sauvignon Blanc. So naturally, this wine tastes “familiar”. The Happy Canyon AVA is producing some excellent fruit! 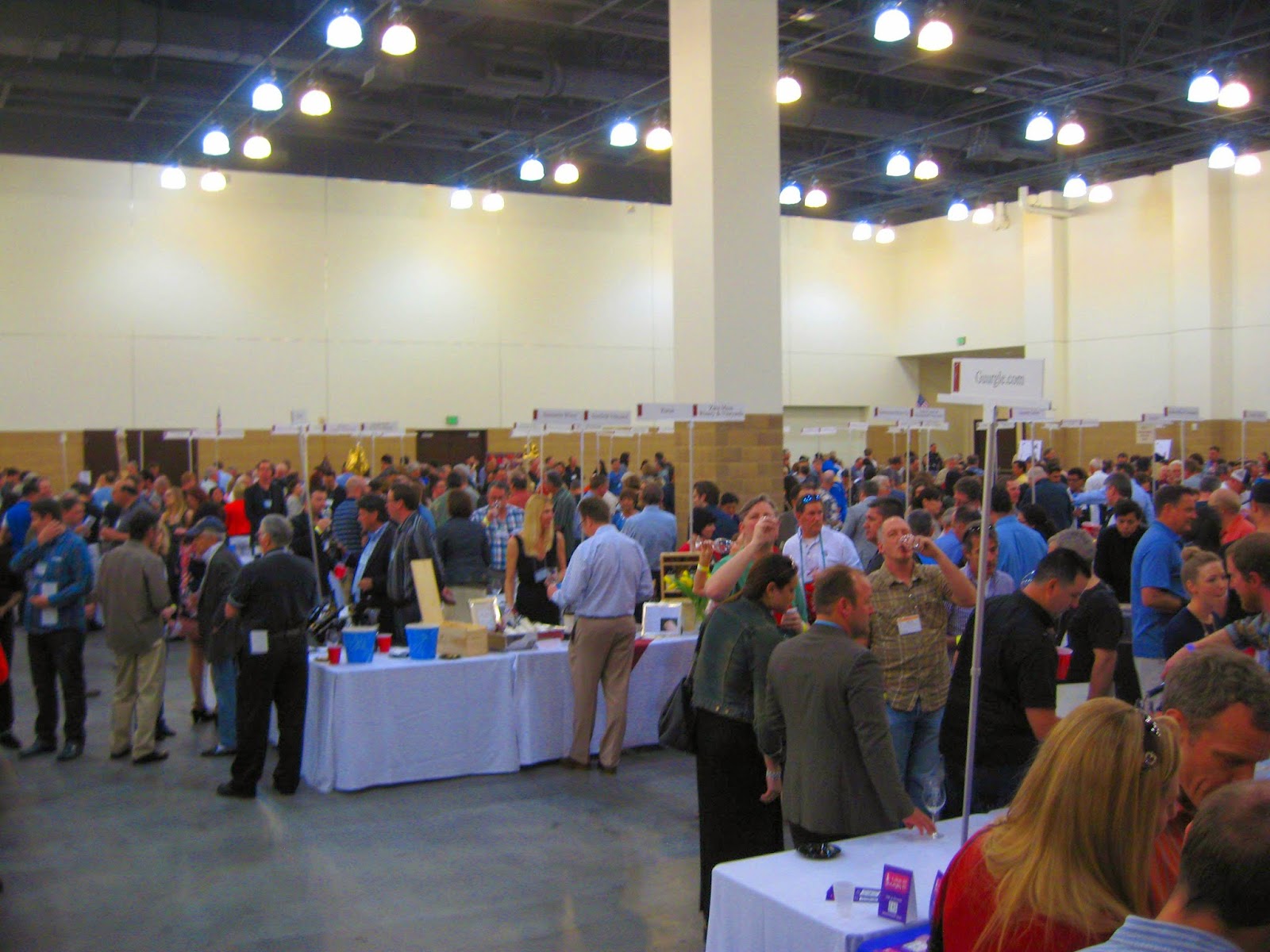 So, check out the wines I mentioned above, and also go the Family Winemakers of California website, to check out all the members. Also watch for their next event, and block out the time to attend. It is well worth the expense!
Posted by The Sommelier: