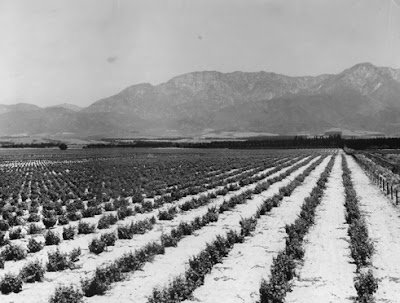 When anyone mentions “California wine” thoughts immediately wander to the northern part of the state: Napa, Sonoma, or even the Central Coast. But, this is not where the California wine story starts. It all began with a Franciscan monk by the name of Junipero Serra, with the planting of Mission grapes at the San Diego mission in 1769. However, the first written record of grapes grown, in what was to become California, occurred in 1781 at the mission in San Juan Capistrano.  As the string of missions spread from Baja California into Alta California, the Mission at San Gabriel established itself as the largest (170 acres) and most prosperous within the mission system.

The Mission grape is an import from Spain. The Spanish Franciscan priests probably brought the grape to Mexico in the early to mid 1500’s. It is thought that the Mission grape, also known as Criolla, El Paso, and Pais was the first Vitis Vinfera variety to be introduced to the New World.

Based on historical accounts, the wines of the missions were typically sweet, which might make sense, since the Mission grape doesn’t really make good still wine. It is a vigorous variety which contains high sugar levels, but low acid. The grapes also tended to raisinate in the warm weather of Southern California. Only a few wineries still make the traditional wine known as Angelica.

Angelica is made from the mission grape, and most likely named after the city of Los Angeles. The traditional style is actually fortified grape juice, rather than a fermented wine. These are known as “mistelle”, and are closer to cordials than wine. The process involves adding a high alcohol brandy to unfermented grape juice, in order to arrest any fermentation, and preserve the sugar levels.

Up until the 1820’s most vineyards were owned by Mexicans. The first recorded American grower in Southern California was Joseph Chapman. In 1826, he planted 4,000 vines in Los Angeles (which was then a small group of pueblos along the Los Angeles River, with a population of less than 2,000). By the 1830’s Jean Louis Vignes (a Frenchman) planted 35 acres, just east of Los Angeles, including the first recorded plantings of European vines in California. Vignes was later challenged by the vineyards of William Wolfskill (from Kentucky), who developed a 100 acre vineyard just southeast of Los Angeles. By the late 1830’s vineyards had been established east of Los Angeles in San Bernardino, Cucamonga, Guasti, and Rancho Jurupa (now known as Riverside). Of course, the San Gabriel Valley (home of the San Gabriel Mission) continued to prosper, particularly when Benjamin Wilson expanded his land holdings at Santa Anita Rancho.

While grapes had been planted in Northern California prior to the Gold Rush (1849), the south produced much more wine, and exported the bulk of it to San Francisco. It wasn’t until about 1856 that vineyard plantings started booming in the north, to meet demand for growing population.
Meanwhile, back in Southern California the vineyards continued to expand. The community of Anaheim (home of Disneyland) grew out of a plan to recruit disenchanted Germans from the northern gold mining operations. By 1882 there were 50 wineries in Anaheim, but by 1885, a disease passing through the vineyards had eliminated half of the vines. This disease was referred to as “Anaheim Disease” (better known today as Pierce’s Disease, and is still a problem in the Temecula area – and no known cure). By 1891, there were only 14 acres of vines left in Anaheim, the rest being replaced by oranges and walnuts.

Around the same time as Anaheim’s growth, the San Gabriel Valley continued to expand. The San Gabriel Wine Company opened in 1882. One of the owners (James De Barth Shorb) built a large vineyard house, named “San Marino” which would later become the site of the Huntington Art Gallery. The current site leaves little indication that it was once surrounded by vineyards. Shorb built his winery in  the new town of “Alhambra”. In 1885, this winery was the largest winery in the world. Timing was right for the California wine industry to expand, as European vines were being devastated by phylloxera. By 1890, the San Gabriel Valley vineyards were being hit hard by the same disease that terminated the grape growing in Anaheim. And, by 1896, the San Gabriel Wine Company had gone out of business, many of its vineyards replaced with orange groves.

The decline of wine production in Southern California, in the late 19th century, was pretty rapid, due to the incurable Pierce’s Disease, and the rapid expansion of wineries in the northern part of the state. Vineyards in the south were replanted with more resilient orange groves. The exception was due east of the San Gabriel Valley, known as the Cucamonga Valley (where Riverside and San Bernardino overlap). The soils in this area are an alluvial soil, with lots of sand…a type of soil that is more pest resistant, and hard to grow anything in (but just right for grape vines). It is here, that Secundo Guasti planted over 6,000 acres of vines, and created the “world’s largest vineyard” in the early 1900’s.

These vineyards lasted until the expansion of housing tracts in the 1970’s and 1980’s, when the value of the land for homes was worth more than the value of vineyards. Today, less than 800 acres remain in the entire Cucamonga Valley. However, a rich wine culture had been established, and continues today with three founding families continuing to farm some of their original vineyards. Remnants of the old vineyards still have locations that exist today. Many people drive by the intersection of the 210 and 15 freeways. On the north east side of this intersection there is, what looks like, an abandoned head-trained vineyard. These are old vine Zinfandel (planted between 1880 and 1910), tended by the Lopez Ranch. They are dry farmed – no irrigation and left to grow as they will. They are low production vines, but what they do produce is unique to Southern California, with intense aromas and flavors. On the south east corner of this intersection, sits a 12 acre parcel of Palomino grapes (the primary grape used in the production of Sherry). From then to now, the area is known for its’ Zinfandel, Sherry-style and Port-style wines. 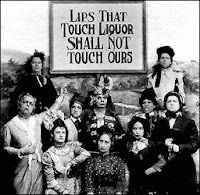 By 1919, another “pest” injured the already struggling wine industry…the Eighteenth Amendment to the Constitution. Prohibition (the forbidding of all trade in alcoholic beverages) went into effect in 1920. The only wineries that were able to survive, produced sacramental wine, unfermented grape juice, and sold the zinfandel grapes (which were favorites of home winemakers) who were permitted to make up to 200 gallons of wine for ”personal use”. The amendment was repealed in December 1933. But, after 13 years, the damage had been done.

In next week’s blog, I’ll follow up with my visits at two of the three remaining wineries in Cucamonga Valley, including time spent with Don Galleano.

* For much more detailed information on the wine history of California, I encourage you to read "A History of Wine in America Volume 1 and 2" by Thomas Pinney.
Posted by The Sommelier: