The "King" of Italian Wine 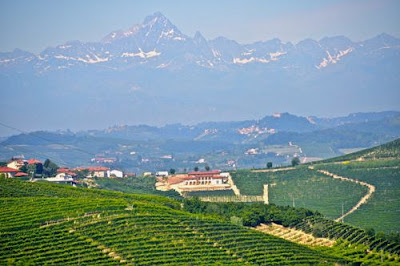 Whenever French wine is mentioned, Bordeaux and Burgundy are usually part of the discussion. When talking about Italy, what comes to mind? Chianti? Brunello? Amarone? How about Barolo? Ah yes...Barolo!

Located in the northwest corner of Italy is the Piedmont region, which stretches from the Mediterranean coast to the Italian Alps. The best wine growing areas are found in the rolling alpine foothills, where the soil is dominated by calcareous clay. There are stories that the best growing locations were determined by watching the snow melt on the hillsides. Grapes were planted on the first locations to melt, so the growers could obtain the longest growing season.

A number of grapes are grown in the Piedmont region. White grapes are Cortese (Gavi), Erbaluce, Arneis, Chardonnay, and Moscato (Moscato d'Asti, or many of you may remember Asti Spumante). Red Wine grapes are Dolcetto, Brechetto, Grignolino, Barbera, and the one we'll concentrate on: Nebbiolo. 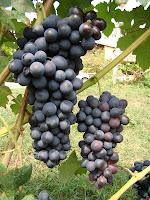 Nebbiolo is a late harvesting grape. So late in fact, that the name of the grape comes from the fog ("nebbia") that is so prevalent at harvest time.Nebbiolo is the exclusive grape in the famous wines of  Barolo and Barbaresco. The grape produces orange/red wines, with high tannin, high acid, and high alcohol. As you might expect, these wines tend to need age and/or decanting to truly be appreciated. Barbaresco is the "queen" (lighter version) to the "king" of the region...Barolo.

The "best" Barolos are intense, complex wines with aromas of roses, plums, leather, licorice and tar. In the palate, there is sweet, savory and spicy...all in one. As I said, complex and intense. 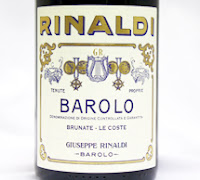 When purchasing Barolo, you need to consider style. Remember two communes offer more finesse, while the other three offer power. Those first two also don't require as much aging, so they are more accessible for those that want to consume now. As with most wines, vintage is important too. There are a number of very good vintages going back to what is considered the classic vintage of 2000. When searching for Barolo, look for 2000, 2001, 2004, 2005, 2006, 2007 and 2008. At the prices you'll be paying, don't bother with 2002 or 2003. The 2009 through 2011 vintages have not been released yet, as Barolo is required to be aged a minimum of three years (2 in barrel).

I mentioned price...these are not inexpensive wines, but that doesn't mean can't afford them. Unlike the inaccessible Bordeaux or Burgundies, Barolo is still reasonable for what you get. As a hint, I been finding some very good prices on the www.wtso.com website.

So, why the "king" of Italian wines? There is a saying about Barolo...."It is the king of wines, and the wine of kings".

I look forward to hearing about your Barolo finds, thoughts and food pairings. These wines are some of my favorites, and I hope you have a chance to try them too!
Posted by The Sommelier: