Two out of Five 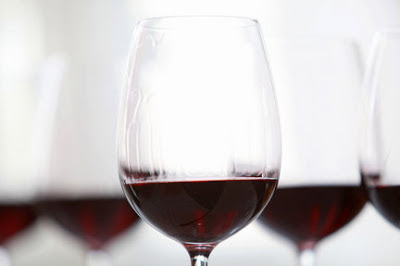 This week, the Arrowhead Wine Enthusiasts met for a tasting of five wines. There was no particular theme, except for what I felt like purchasing. I always try to provide some standard wines, to get the non-adventurous comfortable, but also throw in some grapes that are less familiar.

This night, I provided five wines:

Most everyone was familiar with the Pouilly Fuisse. This white wine (100% Chardonnay) from the Maconnais district of Burgundy, in France, is fairly well known among wine drinkers.  Louis Jadot is my “go to” for wines from the region, particularly in the “around $20” range, as there are plenty of choices, but no guarantees of quality. I haven’t had a bad bottle from Louis Jadot.

The Cardwell Hill Pinot Noir was the “best buy” of the night, and the obvious favorite, as we ran out of this wine early on. A very nice Pinot Noir. Light in color, with a lot of finesse. Good fruit, but also some of that earthy quality that makes Pinot Noir such a great wine.  And, at $22, you just can’t beat the price.

The Apex Merlot was another crowd pleaser. Very smooth tannins, but with good body and fruit. I think people are warming back up to Merlot, since the movie Sideways devastated sale.

Where things got interesting was with the two other wines. First, the Val Do Sosego Albarino was a new grape to many of the members in attendance. I have served Albarino before, but it still remained “new” to many. For those not familiar with the grape, it is a white variety,  mainly found in the northwest corner of Spain, in Galicia, as well as in northern Portugal, where it is known as Alvarinho. We are also seeing some show up in Central California. The wine is generally high in acid, making it a wonderful  wine for seafood. This night, it paired well with asparagus wrapped with prosciutto, as well as the pizza with white sauce and caramelized onion. The wine has nice peach, apple blossom, and citrus notes, and a bit of minerality.

The other unusual find of the night was from Mexico. First, the shock of finding a Mexican wine in California (even though they are just across the border, we don’t see too many up here). Secondly, that the grape was Nebbiolo. Those that have tried Barolo or Barbaresco, should be familiar with this grape, and the powerful wines that are produced in Italy. So, how does Mexico do with Italian grapes? Pretty well based on the groups’ response. As it happens, Senior Cetto was originally from Italy, and brought this red grape with him. At first glance, you’d think you were about to drink a Pinot Noir, based on the semi-transparent red wine in the glass. Then, the earthy cherry, and leather, with a bit of tannins hits you, and you know you are trying something different. Old world in style, but made in the New World (yes, Mexico is considered a new world wine country). At $17, this was another best buy for the night.

As I have suggested many times before, venture out and try new wines. The one thing about wine tasting is there are literally thousands of wines and grape varieties to try. All of them are different, and with each new vintage, you get to start all over again.
Posted by The Sommelier: