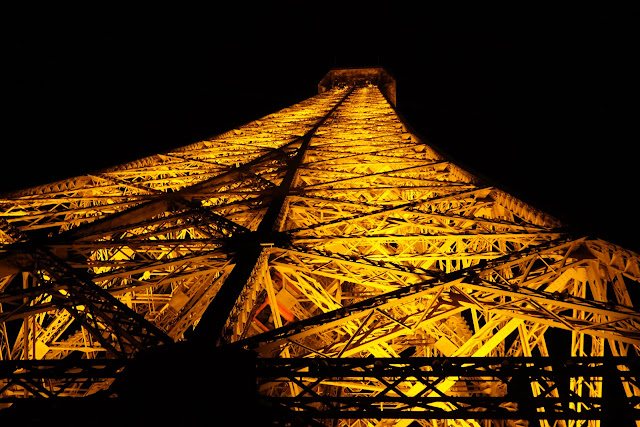 In my previous blog post, I laid out the basics of our trip to France. As mentioned, it was really broken into three distinct segments. This is a recap of the first segment: from Paris and Loire to the South of France and Monaco. I will get into detail of the foods and wine, in following blog posts.

We arrived at the Los Angeles Airport at noon, and headed towards the TSA checkpoint. Because of our Global Entry passes, we were diverted to a different area, where there was no one in line, so we saved about 40 minutes. Boarded the second level of the Airbus 380 in Premium Economy. 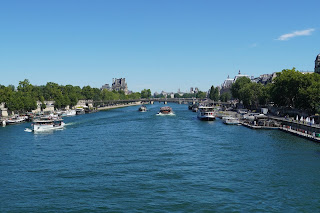 Our flight arrived early at Charles De Gaul Airport. Traffic to our hotel was pretty bad, but did get to the hotel around 2:00. 20 hours from house to home. The room wasn’t ready so we decided to walk around the corner to a local Bakery called Yannick Martin. So, our first taste of food in France was a Pain au Chocolat. After finally getting settled in, we walked along the Siene to the Eiffel Tower. Walked around the tower and took some photos. Lots of North Africans selling the same junk (Eiffel Towers that blinked, wine, beer, water, etc). Since we got there early for our boat cruise along the Seine, we walked along the river, stopped to have a beer at La Terrasse des Vedettes, right by the Pont d’lena. Aboard the boat, we were each served one glass of inexpensive Champagne. Saw many sites along the Seine, including the Flamme de la Liberte, which is where Princess Diana died. Then, down further by the golden statues of the Pont Alexandre III, the glass domed Grand Palais. Next, we went past the Notre Cathedral, with all the scaffolding around it, from the recent fire. We circled the island and came back on the other side. The cruise lasted about one hour, then we headed up to the Eiffel Tower. The outside is surrounded by a security glass wall. We headed to the elevator, which took us to the second level. We were not able to get to the top level, as tickets had to be purchased in advance. After walking the second floor, we took the stairs down to the first floor, then ultimately down to the ground, just as all the flood lights were coming on. On the hour, the tower light up with sparkling lights. We walked back to the hotel, and got in after midnight.

Day 2...we slept in, then walked a few blocks to the Musée de l'Orangerie and saw the Lilies by Monet. Bought a day pass (15 euros for two of us) for the metro, and took it to as close to Sacré-Cœur as possible. Not knowing where to go, we just started walking up the hill. Eventually found signs pointing to the cathedral, and climbed a lot of stairs to reach the top. Toured the Cathedral of Sacré-Cœur, then walked downhill to the to Montmarte area. Had lunch at a sidewalk café called Au Cadet de Gascogne. After lunch we walked down some of the alleys of Montmarte, then used GPS to find the Moulin Rouge. Next we got back on the Metro and took it to the Louvre (the original castle of Louis XIV – but too small, so built Versaille). Didn’t go in, as the lines were pretty long, so walked around the grounds. Back onto the Metro and took it to the Champs Elysees, and the Arc de Triomphe. Crossed under the roundabout through a tunnel and got tickets to go to the top of the tower. The stairway up was a narrow, winding staircase. The view from the top was better than the Eiffel Tower or Sacré-Cœur. Walked back to the hotel along the Champs Elysees, and found that the US embassy was close to our hotel and surrounded by security guards.

Day 3…We got up early this morning. It was raining slightly. Bought our daily Metro ticket and headed to the Catacombes de Paris to meet up with our tour guide to the Loire. After getting through the morning Paris traffic, we headed Southwest towards Tours, in the Loire Valley. Our first stop was the largest castle in the Loire: Chateaux de Chambord. Salamander was considered a dragon as it would “emerge from fires and come back from the dead” Symbol is everywhere. The dual spiral staircase was of special design, and thought to have been created by Leonardo DeVinci. The next stop was for lunch and wine tasting at the small Château de Nitray. The owner gave us a tour, including the pigeon coups and a rustic lunch. The last stop was at Chateau Chenonceau, which started with a wine tasting in their cellar. The castle had been owned by Diane de Poitiers.

Day 4…Got out of the hotel fairly early and drug our luggage to the metro. Once we arrived at the Gare de Lyon train station, we had to figure out which hall to go to. The station is huge. All the trains are listed on a board, but only about 15 minutes before boarding, do they tell you which gate to go to. We knew which hall to go to, because it was on the ticket. So we arrived, and waited. We had seats in first class, which on the upper level of the train. You carry all your own bags, and try to find a place to store them. No bag security checks. Found our seats, and settled in for the high speed train ride south. After about five stops along the way, we arrived at the Nice station. The weather was warm. Found a taxi and took it to the hotel. The Meridien Hotel is located right across the street from the sea. They upgraded our room to the top floor, overlooking the Mediterranean. Awesome views of the sea and coastline. We walked a couple blocks from the hotel to the Villa D’Este. Ordered a bottle of Valpolicella, and had a wonderful Mediterranean dinner.

Day 5… We joined a tour group to Monaco, We drove along the coast, and worked our way up the old Roman road to Eze. Stopped for some photos just below Elton John’s house. Made a second stop along the road, overlooking Saint-Jean-Cap- Ferrat, a peninsula that juts out into the sea and one of the most expensive areas in France. Stopped at Fragonard Perfumery. Production is similar to wine blending and distillery work. After the Perfumery, we went a short distance to the base of the old village of Eze. We walked the narrow, winding cobblestone streets to the Jardin Exotique. This is the site of a medieval fortress, but the area has been occupied since 220 BC.

Next stop was in Monaco. There is no indication when you have crossed the border into the country. Our first indication was when a lady driving a Bugatti Chiron made a U-turn in the highway. We drove to the top of the rock, overlooking the harbor, and location of the palace. We tried getting into the cathedral where Princess Grace was married, but they would not allow women in if their shoulders were not covered. We wandered around the shops, and looked for the post office and/or the government building so we could get our passport stamped with the Monaco stamp, but neither were open on a Saturday. Nice views of the harbor below. There is a large oceanography museum on the hill, but didn’t go in. Just took a photo by Jacque Cousteau’s yellow submarine. Watched the changing of the guard at the palace, and since we had plenty of time, we took the self-guided tour of the palace. Our group re-gathered in front of the cathedral, the drove to the lower area of the country, and did a full circuit of the Monte Carlo race track. Walked around the Monte Carlo Casino and went inside, but couldn’t get far. To get into the main casino, you have to be properly dressed in a coat and tie.

When we arrived back at the hotel, we dropped off our stuff, and headed down to the walkway along the sea. Went down and walked on the rocky beach to put our feet in the Mediterranean Sea. It was pretty warm, just not sure how anyone walks on those rocks. We ultimately walked down towards the flower market, and walked the narrow streets towards an authentic Nicoise restaurant, recommended by our tour guide. Sitting at the table next to us was a Frenchman who spoke very good English. As we found out, he used to work with the French navy, and ultimately worked for Jacque Cousteau. 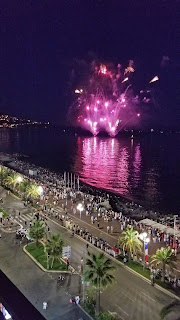 When we got back to the hotel, all the main streets had been blocked off for Bastille Day celebrations. Normally, they would have been on the 14th, but they were expecting rain, so all the fireworks and bands were done on this night. We were able to sit on our balcony and watch the fireworks and hear the bands, as thousands of people jammed the streets below.

Day 6…we picked up our rental car at Europcar and headed up the coast towards Marseille. We had to get to the Marseille Airport to meet up with our transfer to our next adventure, the river cruise up the Rhone. We had plenty of time, so drove through the countryside, and along the coast, visiting the small towns of Cannes, Bandol and Aix-en-Provence. There were plenty of toll booths along the way, the scenery and some of the small beachside communities were stunning.

At the Marseille Airport, we met up with our driver, for the ride to Avignon, where our River boat was waiting. Our driver was into wine, and I found out that he is building his own wine tour business in the Provence area. His name was Remi. He is a sommelier, and had studied in Bordeaux, and his website is www.gentle-provence.com.

Check out my next blog post with segment two of the adventure: Cruising the Rhone and Saone River Region, with all the stops along the way. For food information, check out my France Food Blog.
.
#WineBlog #WineTasting #WineTravel #Wine #WineEducation #FoodandWine #WineEnthusiast #wineExpert #WinePairing
Posted by The Sommelier: