A vist to Chile - Part One - Patagonia 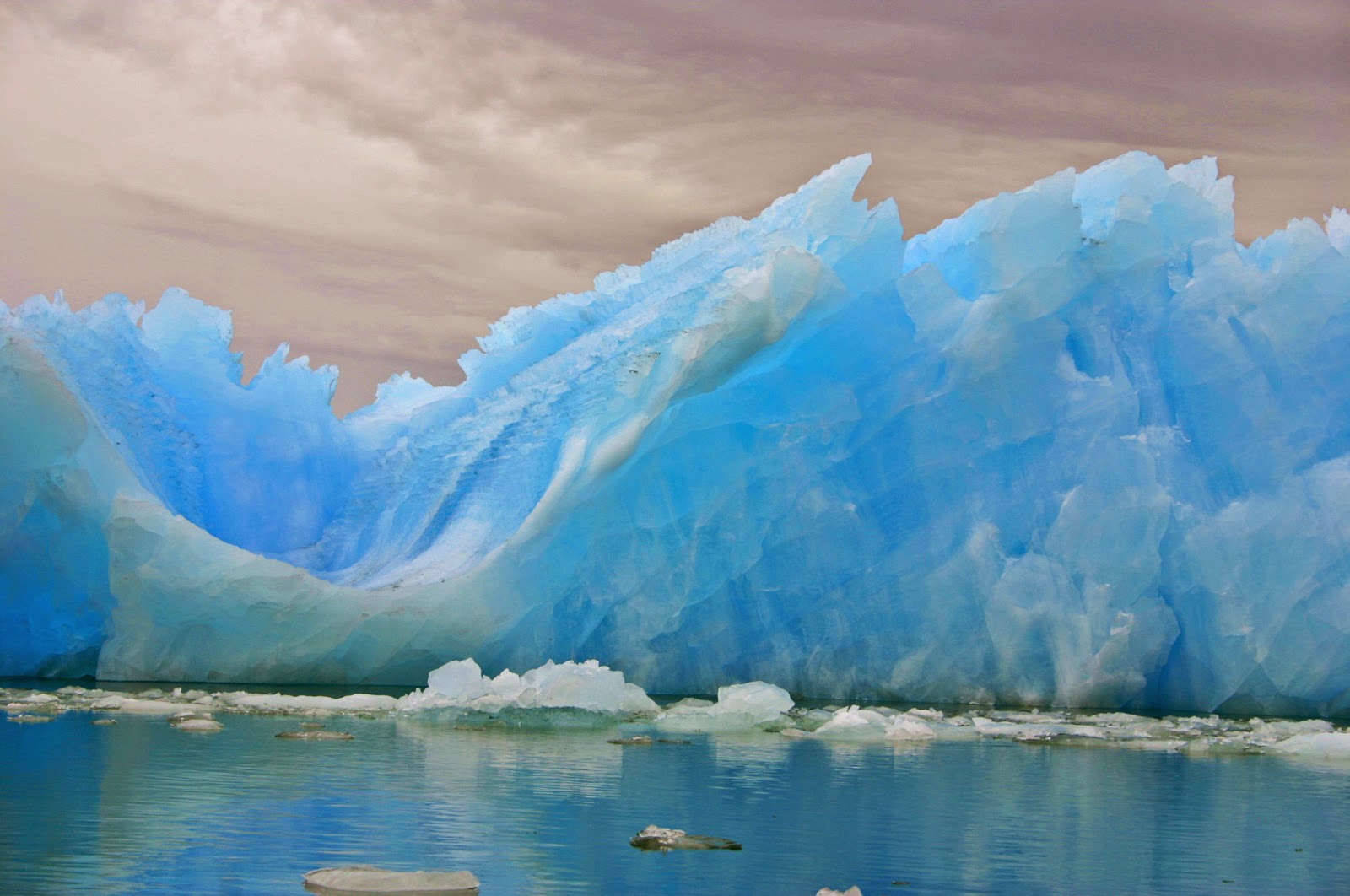 You may have noticed that my weekly wine blog has been running behind for the last couple weeks. Well, I do have an excuse. You see, I have been down in Chile, on a 16 day vacation. To make that even better, I won the vacation on a Facebook contest. (Yes, people do really win those things, and I am proof.) So, the next couple blogs will be a combination of food, drink and travel from our trip.

If you are wondering, the contest was sponsored by LAN Airlines, along with Skorpio Cruise, ADS Mundo, SouthAmerica.travel  and Marmot Outdoor Gear. It was called the “Go to Extremes” contest, and it lived up to its’ name. We spent 6 days in the Lake and Patagonia Region, 4 days in the Atacama desert, and 5 days in Santiago. Each area had a unique character, and was like visiting different countries.

This week, I’ll focus on the first segment of our trip…a cruise from Puerto Montt, to the San Rafael glacier, aboard the Skorpios II.

Our flight took us from Los Angeles, to Lima Peru, to Santiago, then on to Puerto Montt. From the time we left our house, to the arrival on the ship, was a total of 30 hours. When you are over six foot tall, sleeping on a plane is next to impossible, so we survived on only one hour of sleep getting to our destination.

We arrived in the fishing port of Puerto Montt, in the Lake Region of Chile. They are experiencing a drought, similar to California. Forest fires had created a haze in the air. Our ship had a capacity of 106 passengers, but we happened to book on the week after school had started up again, and only had 38 people on the ship. Our cruise would take us to the small fishing port of Puerto Aguirre, then on to the San Rafael glacier (closest glacier to the equator). After hitting this southern most point in our trip to Patagonia, we headed north to the private port of Quitralco, with its’ hot spring pools and isolated fjords. Followed the next day by a stop in Chiloe, and the capitol city of Castro. And, finally back to Puerto Montt.

Since this is a wine and food blog, it is only appropriate that I share those experiences with you.
On our flight to Chile, it became apparent that whisky might be a drink of choice in Chile. At one point in the flight, my wife asked for a Coke, and was told that all they had was water, coffee, tea, and whiskey. As it turned out, our first welcome drink on the ship was either a whisky sour, or a mango sour. Since we were cruising through the archipelago, we had plenty of time to try out different drinks on the ship. The most prevalent was Pisco Sours (made with Pisco, a Chilean/Peruvian version of brandy), but the favorite was a drink called a “Chilean Vaina”. To make... in a shaker, add about 2 tbsp of powdered sugar, a splash of Cacao, 4 dashes of Brandy, 2 glasses of port (looked like Tawny), 1 egg yolk, 1 egg and ice. Shake, then strain to make sure there is no egg residue. Pour into glass, and top with cinnamon. Pretty darn tasty!

All our lunches and dinners included a bottle of white and red wine. If you weren’t much of a wine drinker, as our English table mates were, then beer was always available. The beer of choice was “Cristal”, a local lager that is very similar to Budweiser.

We were offered numerous different wines, from all over Chile, including: Viu Manent, De Martino, Dias de Verano, Santa Rita, Vina La Rosa La Palma, Vina la Rosa, Tierra del Fuego and Medalla Real. These wines varied at each meal, and covered almost every wine growing region in Chile. Surprisingly, we never had a Pinot Noir. Lots of Sauvignon Blanc (which paired perfectly with the seafood rich menu) and Carmenere (which worked with the heavier red meat meals).

One thing we learned is that Chileans don’t put an emphasis on breakfast. Every breakfast had meats and cheeses, along with some type of sweet tart (not as sweet as what we normally eat in the US). Every place we went also offered scrambled eggs, but for some reason, they were always very runny/watery. A variety of juices was also offered. The American staple of orange juice was there, but there was always melon juice and strawberry juice too. Occasionally we would also find peach juice.

The big meal of the day was lunch. Always served around 1:00, we found these meals to be very heavy, and mostly protein based. One heavy, but wonderful, lunch started with a king crab au gratin, followed by pork butt and potatoes. Speaking of potatoes…there is some argument on the origin of the potato. Peru has long claimed to be the original source, but as we found out, the islands of Chiloe claim they are where the Spaniards first discovered this starchy tuber.

Dinner was always served later in the evening. Most Chileans eat dinner between 9:00 and 11:00 at night. To carry them through from lunch they have a snack around 5:00. On the ship, this was tea time, and it was served with tarts, as well as meats and cheeses.

One of the trip highlights was the visit to the San Rafael glacier. As we approached in our smaller, steel hulled boat, we traveled among the numerous icebergs. We found a good sized one, that could be easily reached, and chipped off some chunks of 100,000 year old ice, and served it with a 30 year old whisky (there’s that whisky again).

Another trip highlight was at the private port of Quitralco. While we were traveling around the fjords, climbing to the viewpoints, or soaking in the thermal hot springs, the ship’s chefs had taken two  fresh lambs, split them, and posted them over a wood fire pit. These would be just a small part of the protein rich (chicken, beef, lamb) grilled lunch we had in port. This style of lamb is known as “Asado Patagonia”, and was served with sopapillas, and traditional beef empanadas (including one un-pitted olive, and boiled egg inside).

Some other interesting facts about this part of the world…Did you know that Chile is the second largest producer of Salmon in the world? As we cruised, we passed open water fish farms everywhere. Shellfish is also very productive, but only north of the Corcovado Gulf. South of the gulf, they have had a seven year stretch of red tide, which has affected the shellfish population, and made it poisonous. 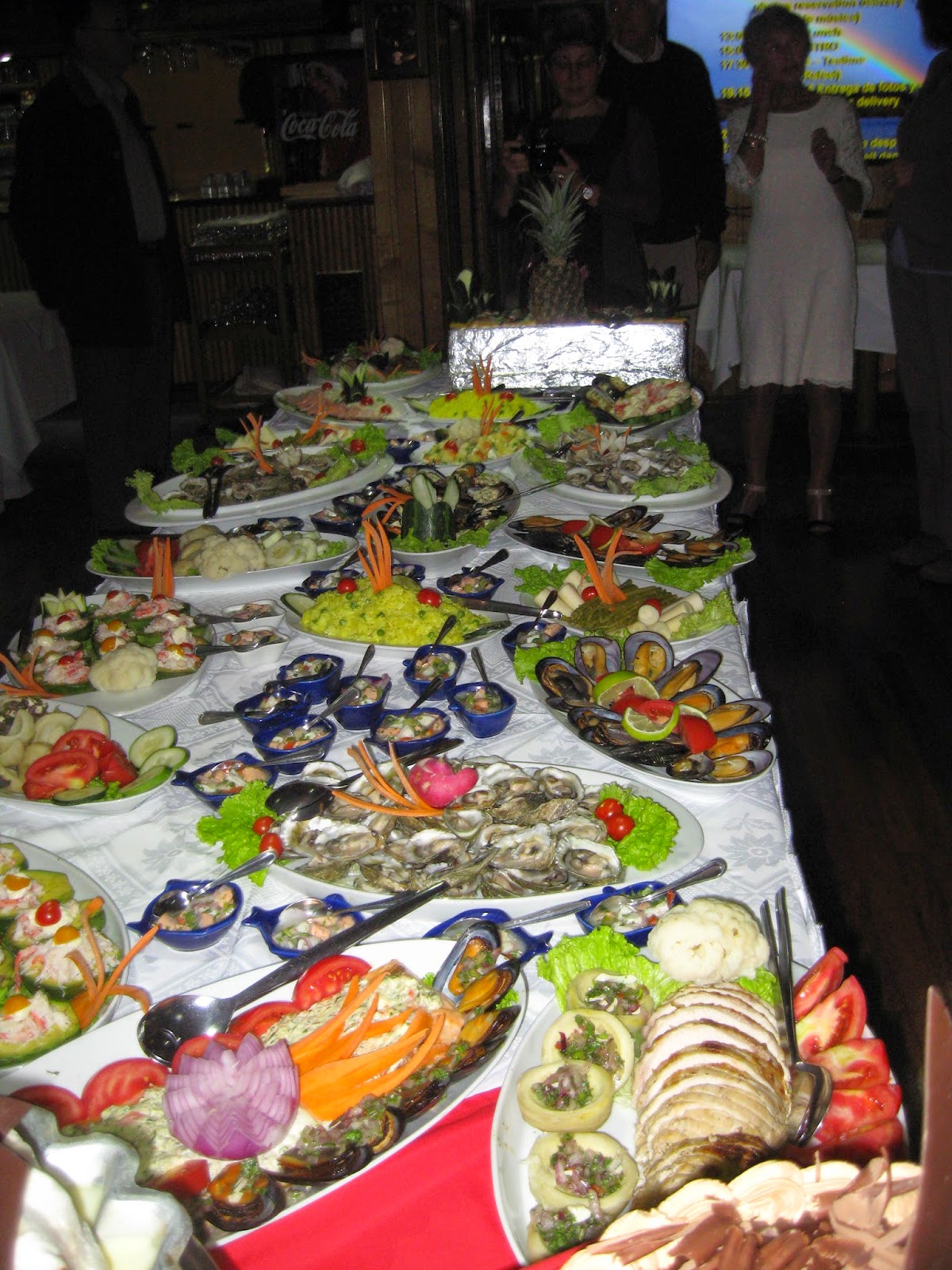 Our final night on the Skorpios ship included the semi-formal captain’s dinner. There was an amazing spread of fresh shellfish and seafood, along with an array of desserts from the talented pastry chef. The perfect end to a cruise in the Patagonia region in the south of Chile.

Our next stop would be to the north, with a visit to the Atacama desert. Check out the next segment of our trip by clicking here.
Posted by The Sommelier: