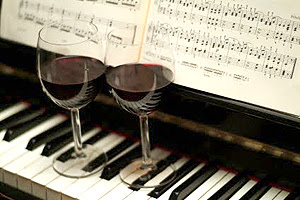 Summertime in our mountain community, usually means music. We have Jazz festivals, Art Association shows, and a Summer Concert Series in the lake side village. When we attend, we always bring wine and appetizers. As the evening moves along, and the wine bottles empty, it occurred to me that wine and music must have been made for each other.

I was reading the latest issue of Food & Wine magazine, and there was a short interview with Mike D, of the Beastie Boys, and he is quoted as saying, “There’s something that fires when your taste buds are dazzled in a certain way with wine that is almost beyond words. It’s the same thing that happens when you listen to Mile Davis’s On the Corner in the right setting, at the right time”. I think he is right…music is art to the ears, and wine is art to the nose and mouth. Liquid art in a glass.

There is variety in music styles, just as there is variety in wine. I imagine listening to Beethoven, and sipping a fine Bordeaux, or jammy Zinfandel with modern Jazz.  What goes with punk, or classic rock? Most rockers probably drink beer or hard alcohol, heck, Sammy Hagar (a local in my community) has been successful with his own line of Tequila: Cabo Wabo.

What surprised me is the number of musicians that have gotten into the wine business. A quick search gave me a number of familiar names: 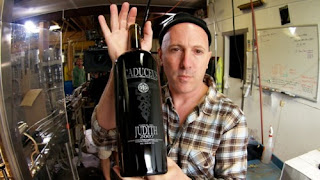 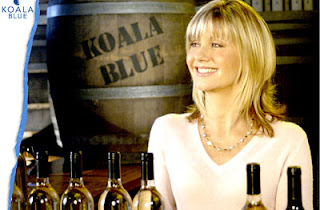 So what is it with wine and music? There has been some experimentation with the effects of different music on wine. A study by Adrian North, at Heriot-Watt University, shows that our perception of the wine is influenced by the music we listen to.

Here is a summary of the results, as published in the BPS Research Digest:

In a new study, Adrian North has shown that when people drink wine to the accompaniment of music, they perceive the wine to have taste characteristics that reflect the nature of that concurrent music…North tested out the taste perceptions of 250 university students as they drank either Montes Alpha 2006 Cabernet Sauvignon (red wine) or Chardonnay (white wine) — both are Chilean. Crucially, some of the participants sampled their glass to the tune of music previously identified by a separate group of people as powerful and heavy (Carmina Burana by Orff); others drank their wine to music rated earlier as subtle and refined (Waltz of the Flowers from Tchaikovsky’s ‘Nutcracker’); others to the tune of zingy and refreshing music (Just Can’t Get Enough by Nouvelle Vague); and lastly, the remaining participants drank their wine with mellow and soft music in the background (Slow Breakdown by Michael Brook). There was also a control group who drank the wine with no music.

After they’d savored their wine for five minutes, the participants were asked to rate how much they felt the wine was powerful and heavy; subtle and refined; mellow and soft; and zingy and refreshing. The results showed that the music had a consistent effect on the participants’ perception of the wine. They tended to think their wine had the qualities of the music they were listening to. So, for example, both the red and white wines were given the highest ratings for being powerful and heavy by those participants who drank them to the tune of Carmina Burana.

So, next time you sit down for a glass of wine, consider the background music. Maybe that glass you thought was bad, in your last restaurant venture really wasn’t bad….they were just playing the wrong music!
Posted by The Sommelier: