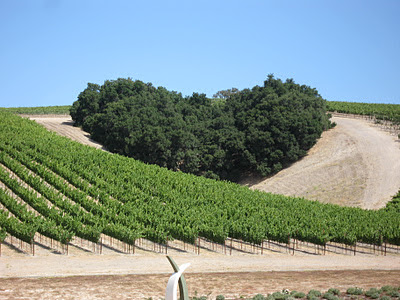 No it's not a four letter word, but "terroir" can sound like one to many wine drinkers and winemakers. I've used this word many times, in a number of my wine articles. But what does it mean, and why does it trigger such ugly arguments?

As you learn more, it will become obvious that terroir is a French term. And further, it will become clear that there is no true translation into the English language. The best description for terroir, that I can give, is the all encompassing "sense of place" that a wine has. It is that special mix of soil, climate, aspect of the vineyard (topography), and everything else that can affect the final grape product. All of these are unique to each vine, and remain the same every year. This sense of place contributes to the final wine produced, regardless of what is done during the winemaking process. 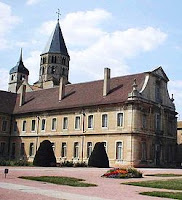 Let's look at the French connection, and how terroir became such an important feature of Old World wines. If you go back in history, you'll see that grapes were being grown throughout Europe, spread by the Roman Catholic Church. In particular, the Benedictine and Cistercian Monks, with their establishment of abbeys in the Burgundy region of France. These monks kept detailed records of how different plots of land produced different qualities of grapes, and ultimately wine. The best vineyards were eventually identified, and walls (or clos) were built around those plots of land. The monks knew that only certain areas produced the best product, and each plot of land had unique characteristics. They knew that there was a special terroir within each of the identified clos. The idea that unique terroir existed, spread throughout France and the European community.

Now, going back to the components of terroir, I mentioned, soil, climate, aspect, etc. As "terroir" suggests, it is tied to the soil. The soil texture, drainage, and the make up of the elements all affect the grapevine, and ultimately the grape. Limestone, granite, chalk, slate and clay are all associated with some of the great wines of the Old World. The soil can retain heat, reflect heat, drain excess moisture, or retain it. The choice of soil for planting affects the total vine. 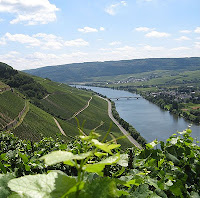 Climate is another aspect to consider. But in the case of wine growing, it is broken down into macroclimate, mesoclimate, and microclimate. Macroclimate can be considered the regional climate, while mesoclimate is more associated with the vineyard. Microclimate is the smallest affected area. This can be a single vine, the space between the vines, or even the small area above the ground, or the canopy. All of these are affected by the aspect of the vineyard, or how the grape vines are positioned on the topography of the land. A hillside will drain better than flat land, and a southern exposure will receive more sunlight than a northern exposure. Some other things that might affect the terroir are influences by bodies of water. The Mosel, in Germany, is famous for its' hillside vineyards, that are moderated by the river. In Canada, Lake Okanogan moderates the cold region, to allow grapes to grow further north than what would be normal.

As you can tell, the word "terroir" implies all things that are natural to the place. 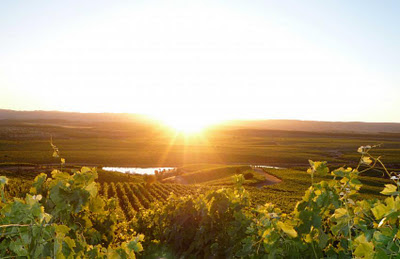 Where terroir becomes a "dirty word", is in the argument over whether or not it actually exists. The Old World (Europe) has based most of their wine laws on the expression of terroir. In the New World, the emphasis isn't so much on presenting a wine that shows a sense of place, but more presenting a wine that expresses the fruit. If you still are not sure what I am talking about, try a Bordeaux side by side with a Napa Cabernet Sauvignon, or a French Burgundy next to a California Pinot Noir. This also becomes part of the argument for more natural wines, with less manipulation (which we see more of in the New World...I see an entirely new blog for the future here). Some are claiming that there is no such thing as terroir, that it is merely differing levels of sulfur that are present in the juice.

I know where I stand on this, and I am a believer in terroir. I can taste subtle nuances from wines grown within the same growing region, but in different areas of that region. The best example would be Paso Robles (east versus west) or Napa versus Sonoma. Even though they are close to each other, they are all different.

So, are you a "terroirist"? Do you seek that sense of place in your wines?
Posted by The Sommelier: