The White Wine of Argentina 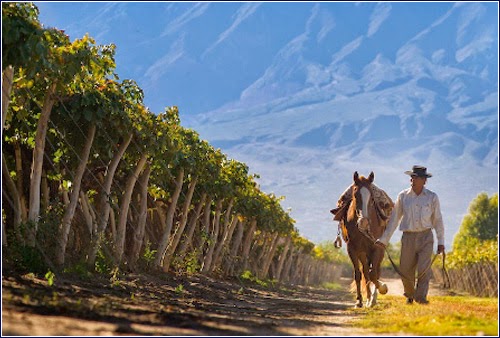 When it comes to South American wines, most people immediately think of Chile and Argentina. After my article about Tannat in Uruguay, that red wine might also be gaining in popularity. The signature grape for Chile is probably Carménère, and Argentina is mainly known for Malbec. But what if I told you that Argentina may soon be known for a white grape? Let me introduce you to Torrontés.

Torrontés is a distinctive wine, not only because it is a white wine, but because Argentina is virtually the only country to produce it. It is considered an Argentinian variety. 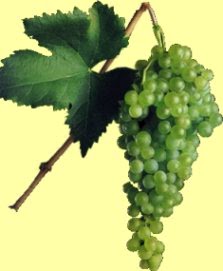 Recent DNA studies have determined that Torrontés is most likely a cross between two varieties brought to the country in colonial times: the Criolla Chica (or Mission) grape known locally as “Uva negra” and Muscat of Alexandria, or “Uva de Italia”. Torrontés possibly originated in Mendoza, under the leadership of the Jesuits. Torrontés initially grew among other varieties, without producers noticing it was a different stock. DNA evidence shows that there is probably no relationship between the Spanish variety of Torrontés and the South American variety.  So, consumers may be confused when they see Spanish wines labeled as Torrontés from the Galician wine region of Ribeiro.

The name “Torrontés” started to be used in Argentina by the middle of the 19th century. The oldest available record found is in a study by Damián Hudson dating back to the 1860's.

There are actually 3 members of the Torrontés family: Riojano, Mendocino, and Sanjuanino. Torrontés Riojano is the best and most widely planted of the three. It is more extensively grown and expresses the best qualities for dry premium wines, and has earned numerous international awards. Torrontés Sanjuanino is less focused than Riojano and Torrontés Mendocino is less aromatic. 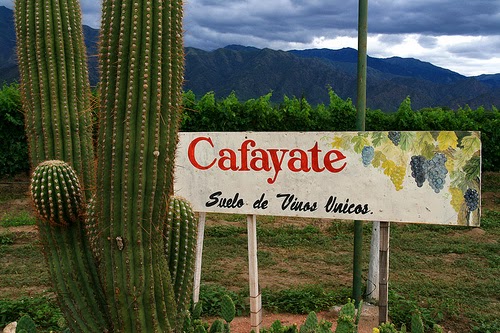 The finest expression of Torrontés Riojano, is thought to come from the tourist town of Cafayate, in the region of Salta. Salta (which derives its’ name from the Aymara tribe’s word for “very beautiful”) is located in the northwest part of Argentina.  The land is mostly irrigated desert, but has very fertile soil where it is irrigated. The area has lots of sun, but not too hot. The average summer temperature is around 77ºF, while the winters average about 55ºF. This area is home to some of the highest altitude vineyards in the world. The average elevation is about 5,200 feet, with some as high as 9,840 feet above sea level.  Here, the harsh growing conditions allow the variety to attain high acidity and assertive flavors. Due to the elevation, many vineyards are planted in “el parral” style, a trained pergola about 6.5 feet tall, which help shield the grapes from the harsh high altitude sun. The conditions, and wine training, allow for exceptional development of grapes. The ultraviolet light at this altitude, is thought to penetrate the grape berries, and help ripen the pips (seeds), creating greater phenolic ripeness. 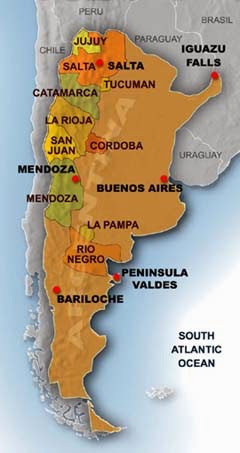 Torrontés is also grown in other regions of Argentina, including the provinces of La Rioja, Mendoza, San Juan and Rio Negro. But it is Salta and Catamarca, in particular that are considered the best of its kind in the entire world. A small amount is also grown in Chile and Uruguay, but is rarely seen as a single varietal wine.

The bunches of grapes on the Torrontés vine are round, medium-sized, and usually a yellow-green color, and sometimes even golden.  The vine is highly productive. And often over-produces, unless kept well pruned, with good canopy management. The success is dependent on the skill and care during the winemaking process, particularly in maintaining suitable acid levels to balance the wine.

If acid levels aren’t reached, the wine can become flabby. Many wine shops won’t carry these “flabby wines”, so in hot vintages, there may not be much to find on your favorite wine shops’ shelves. Here, in California, the 2013 vintage is virtually impossible to find, due to a hot vintage. 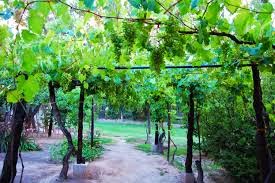 Torrontés is typically  a light yellow wine that occasionally has golden and green hues. The aromas have a marked floral scent, usually described as “white flowers” (roses, jasmine, or geraniums). It is a light to medium-bodied white wine somewhere between a Sauvignon Blanc, Pinot Grigio and Viognier. On the palate, notes of lychee, citrus and stone fruit are commonly noted.

The wines are usually produced fresh and crisp without oak maturation and are best consumed within one or two years of release. One of the nicest surprises for consumer is that the wine is rarely priced over $15 a bottle (but once word gets out, expect that to move up with demand). Just remember that the wines don’t tend to age well, so try to consume within one to two years of the vintage date.

Torrontés has an acidity level that is slightly less than Sauvignon Blanc, and is lighter in style than Chardonnay, making it the perfect wine for pairing with shellfish and seafood, or even grilled chicken. But the spice and aromatics also make it a great choice for Indian, Chinese, Thai and even Mexican food.

I hope this has inspired you to try Torrontés. If you have trouble finding it in your favorite wine shop, ask them to order some. If you normally order Pinot Grigio, or Viognier at a restaurant, make a change to Torrontés. And if you are a winegrower in California, and are at high altitude (check out my blog from last week), you may want to try growing Torrontés, and be the pioneer in something completely different.
Posted by The Sommelier: