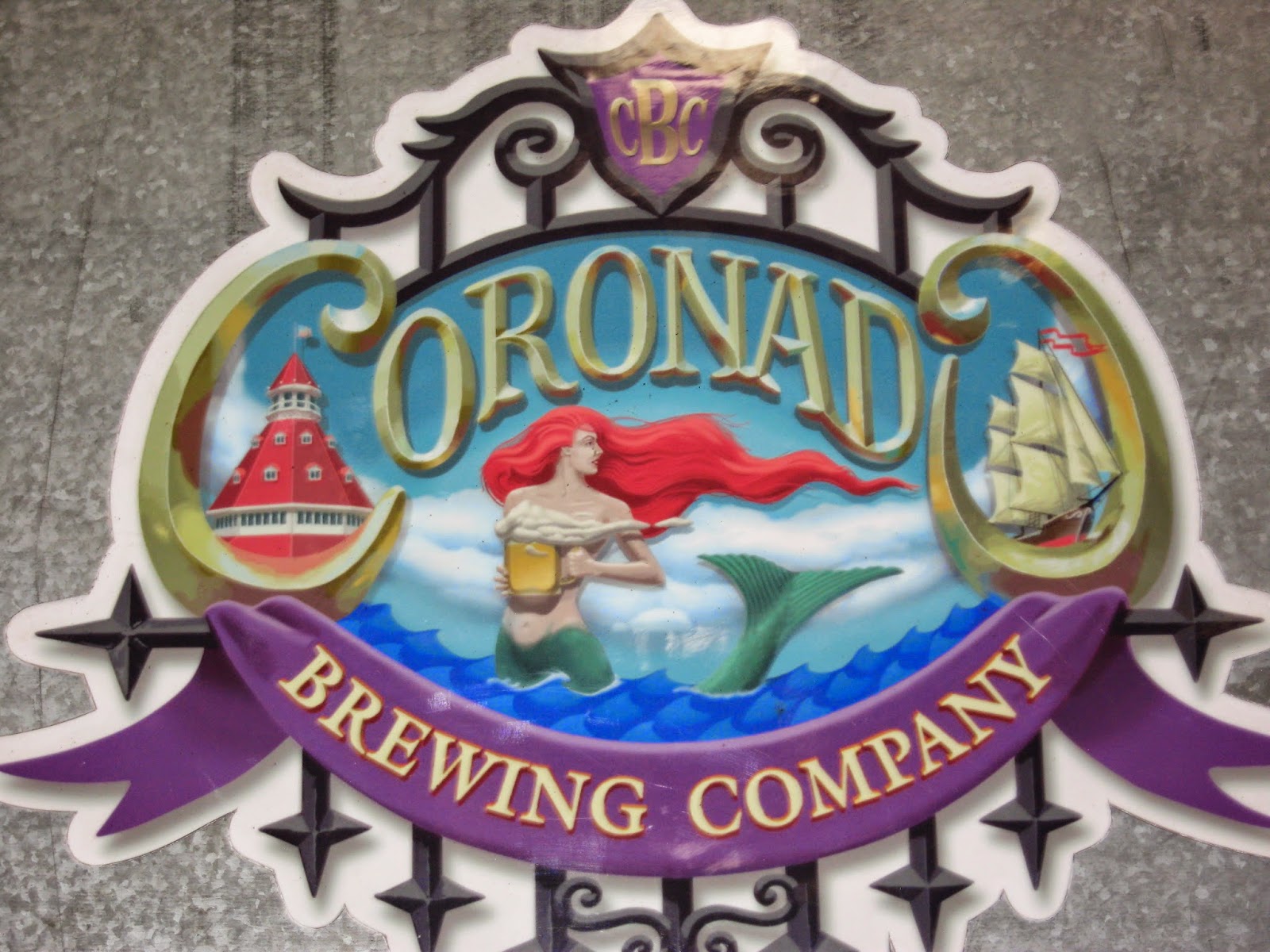 It has been a busy week! My youngest son, Matt graduated from San Diego State University, with a degree in Marine Biology. The entire family came together to celebrate his accomplishment. The following day, my son wanted us all to visit his favorite micro-brewery, and had arranged a tour of their facility. We met on a Saturday morning at the Coronado Brewing Company at their tasting room/ brewery on 1205 Knoxville St in San Diego. 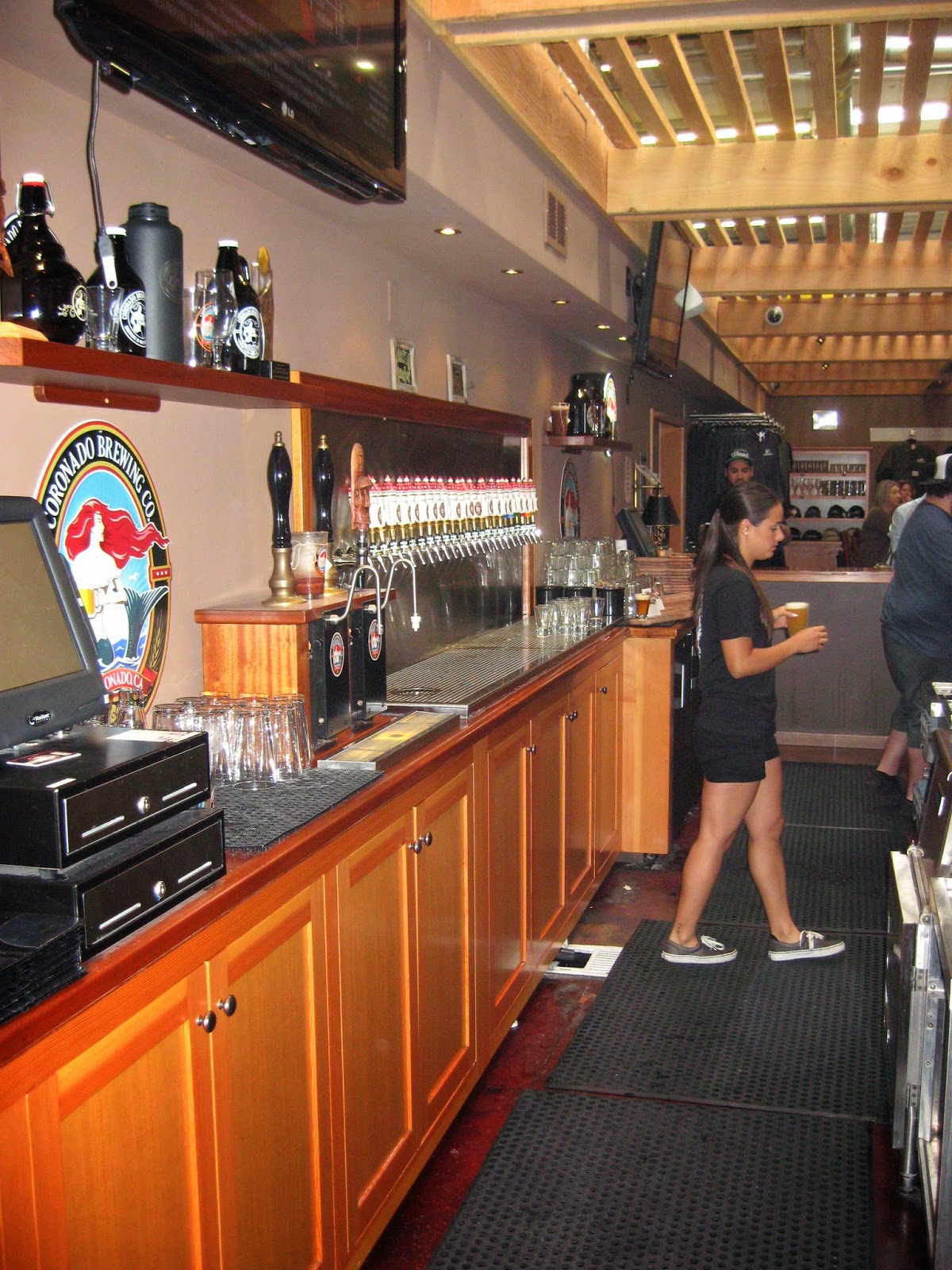 From the outside, the 20,000 square foot building looks like any other industrial building in the area, but when you walk in the door, you are greeted by a 750 square foot tasting room, with 25 taps, with tasting benches and tables. There is also a small gift shop area on the far end of the tasting room.

On the right side of the entrance, is a loading dock, and a wall lined with oak bourbon barrels. The bulk of the warehouse is home to a 30-barrel brewing system, along with a bottling and labelling line. 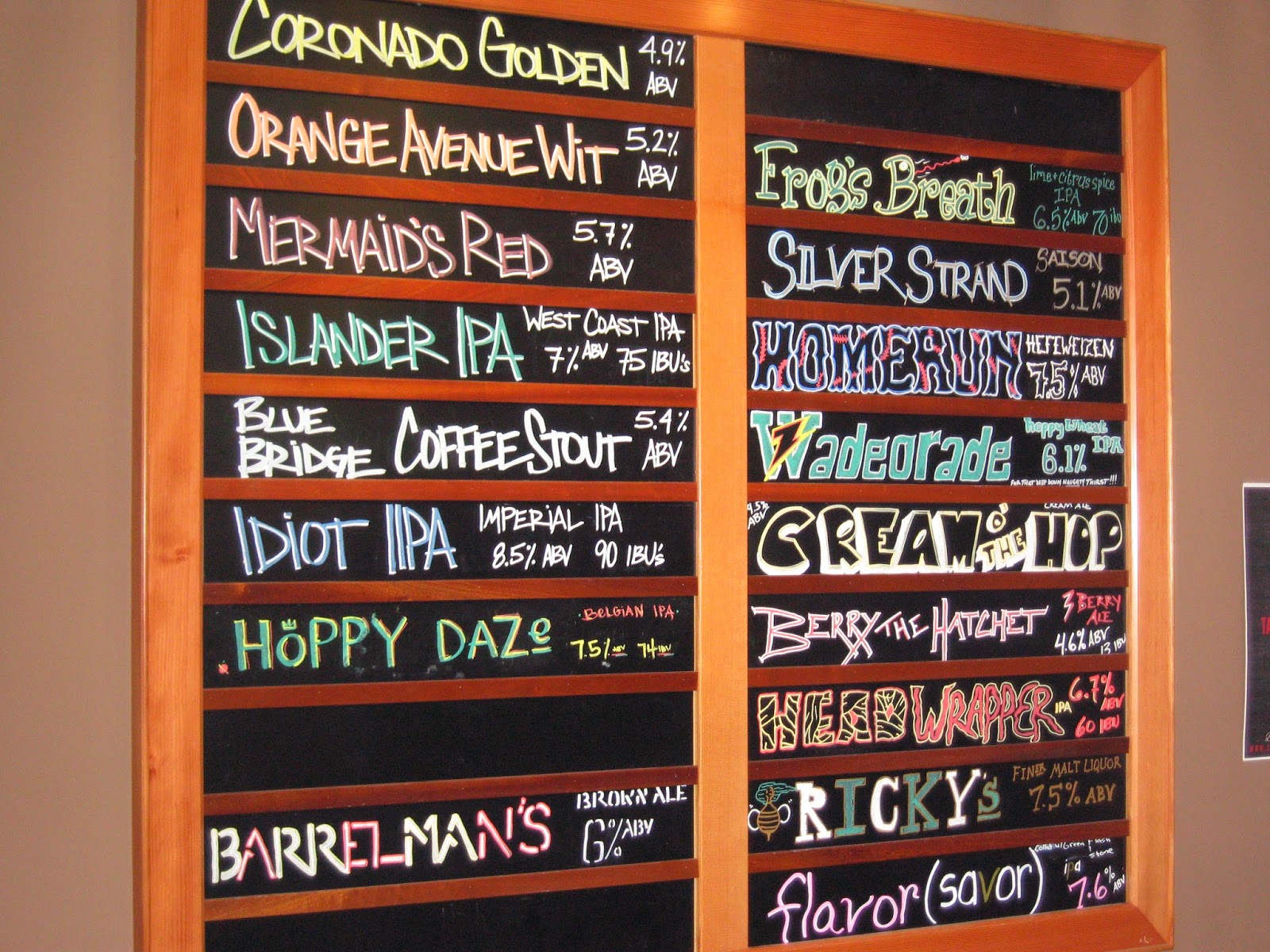 I had been aware of Coronado Brewing since about Christmas of 2013, when my son came home for the winter break with growlers of his favorite beers. Coronado Brewing Company actually opened on August 30, 1996, when there were only six micro-breweries in all of San Diego. Now there are over 90 micro-breweries in the San Diego area, and it has become the “hot bed” of craft brewing in the United States. In April of 2014, Coronado Brewing Company was named the best mid-sized brewery in the world, at an international competition in Colorado. 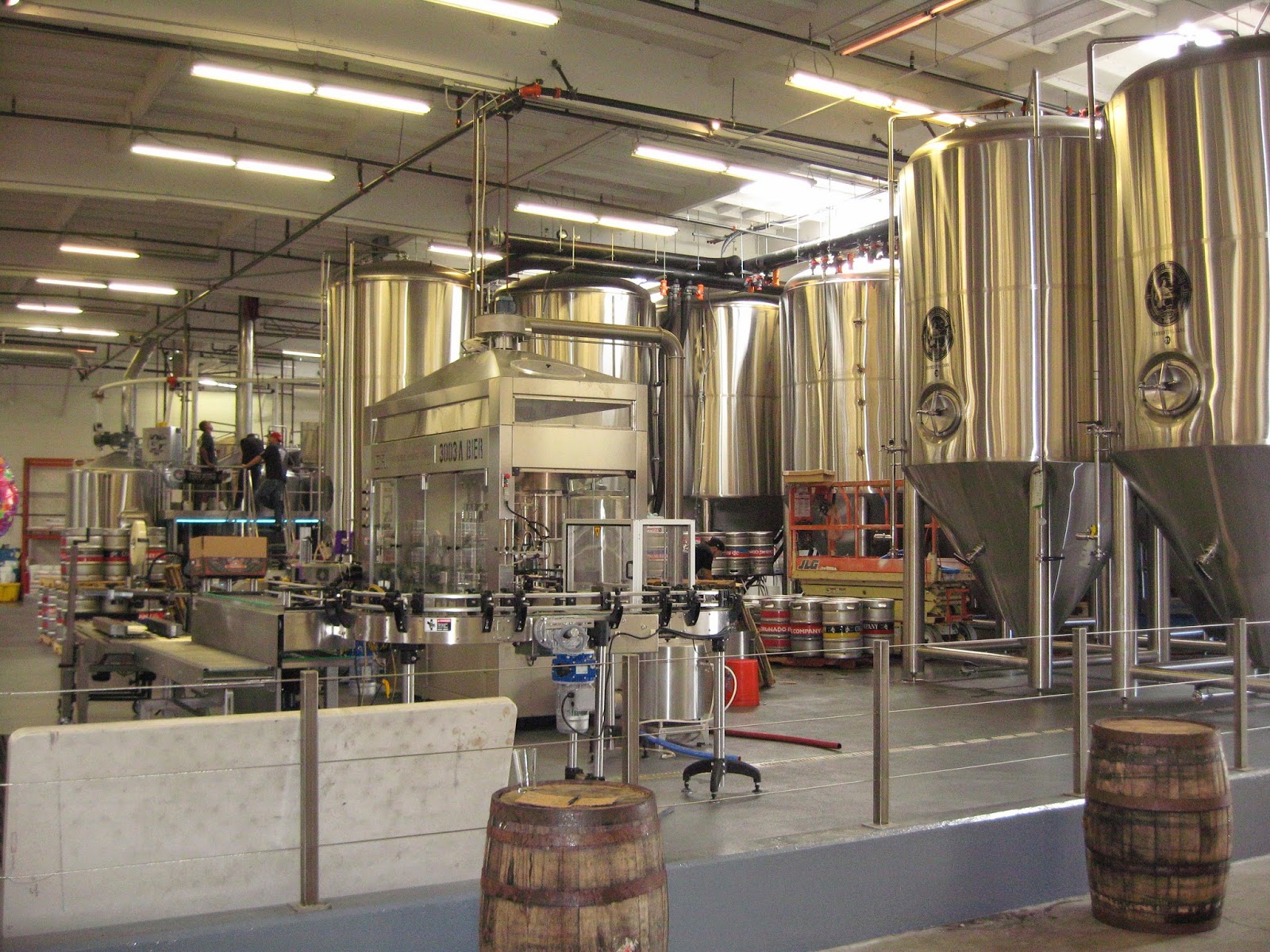 Coronado Brewing Company is known for its’ hoppy beers. They brew over 40 different beers a year. There are five core beers, four seasonal beers and eight specialty beers.  One of the favorites is known as Idiot IPA. But, if you look online for customer ratings, the top rated beers are Wadeorade, Orange Avenue Wit, and Islander IPA.  I must admit, I am not a hoppy beer fan. It seems that the younger crowd has more of an admiration for these styles. What I like about Coronado Brewing Company is that they have a full range of beers, which meet the requirements for almost any type of beer lover. Their Coffee Stout, Cream O’ the Hop, and Silver Strand were less hoppy, and some of my favorites. We actually bought some of the Coffee Stout, and served it at a breakfast we hosted, later in the weekend. Earlier, I mentioned the Oak Bourbon barrels. Coronado Brewing Company has created the “Coronado Collection”. These are beers that are barrel-aged. The Barley wine is brewed with brown sugar and orange blossom honey and aged for six months in oak barrels. Continuing on this tradition, Coronado Brewing is also making their Stupid Stout and Old Scallywag, and aging them in the bourbon barrels. These beers are only available for release in January, and get snapped up by the locals at around $15/bottle. Unfortunately, they were long out of stock by the time we arrived.

If you can’t make it to the tasting room, Coronado Brewing Company Beers are available in a number of states, and 11 countries.  Despite their growing international reach, 75 percent of their beer is sold in California.