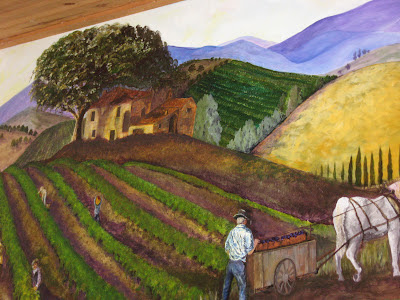 This week, the Arrowhead Wine Enthusiasts will be holding an Italian wine tasting. Every time I present wines from a certain region of the world, I try to find representative varieties, that are typical for that region.  When I was studying for my level III Sommelier certification, Italy was described as a "mosaic". A vast country with a lack of unity and huge quantities of wine. The Greeks brought grapes to Italy, and wine has been made for over 2800 years. 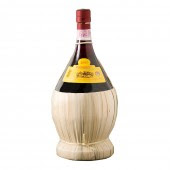 The challenge with Italy is that everyone knows Chianti, Barolo, Soave and Prosecco. But, Italy's Ministry of Agriculture and Forestry  has documented 400 grapes and granted them "authorized" status. There are more than 500 other documented varieties, but the total number of grape varieties is thought to exceed 2000. This is the land of grapevines, and the country for wine lovers who want to try something "new". For this reason, I chose five wines for the group to taste, and I will guess that most have not tasted, much less heard, of the grape varieties I will be serving (other than Lagrein, which we are starting to see plantings of, in California).

Italy's white wines are much lesser known than her bold, red cousins. They are light, delicious and affordable. Italian white wines have a character all of their own. Crisp, soft, and highly acidic, they are made to accompany food, not overpower it. Italy is a country based on food and wine culture. Wine is not meant for sipping on its' own...it is meant for food.

The wines I have chosen for the Italian tasting are:

Verdicchio (verh DEE Key o) - Produced in eastern Italy, near the Adriatic coast, in the Marche region. The name comes from "verde" (green). The white wines are light and dry, and are noted for their high acidity with hints of fresh apple and lemon as well as a characteristic nutty flavor with a hint of honey, in other words, not very aromatic. Unlike most Italian white wines, it is capable of aging, but it has a fruity freshness when drunk young. Relatively inexpensive, this wine is perfect with seafood and fish.

Kerner - An aromatic white variety. It was bred in 1929 by August Herold by crossing Trollinger (a red variety known as Schiava in Italy) and Riesling. Kerner is most commonly planted in the German regions, but also found in the Italian province of South Tyrol (or Südtirol). Kerner produces something similar to a lightly perfumed Riesling.

Lagrein (lah-GRYNE) - An historic variety from the Trentino-Alto Adige, where it makes plum and cherry perfumed, medium-bodied reds and light roses, as well as some rich, dark red wine, that aren't very tannic. Due to the low tannins, and dark fruit, Lagrein is an easy drinking, satisfying red wine.

Monica - Originally known as Morillo, Monica is a red wine grape that is grown primarily in Sardinia. Wines produced from 100% Monica are typically light wines with the flavor of cherries and cranberries, but most Monica wines are blended with Carignano and Bovale. It is a low tannin, low acid grape, that may be related to California's "first grape": Mission (or Pais).

Carignano (cahr-e-NYAWN-o)  - A red wine grape that may have originated in Cariñena, Aragon and was later transplanted to Sardinia, Italy. It is often used as a deep coloring component in blends, rather than being made in a single variety form. The grape is difficult  for winemakers to work with since it is naturally high in acidity, tannins and astringency.

Bovale Sardo (Bo-VALL-eh  SAHR-doe) - A smaller berried red grape  that tends to produce acidic wine that is lacking fruit components. Found primarily on the island of Sardinia where it used mainly for blending. 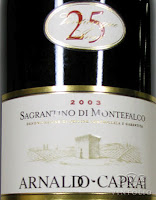 Sagrantino (sag-rahn-TEE-noh) - A native to Perugia, in Umbria, this variety is fairly limited in its production zone (only planted on 250 hectares). It makes dark, intense, ageworthy red called Montefalco Sagrantino. Inky purple, with cherry and smoke flavors, and heavy tannins, these wines can age for many years. Some of the finest Passito wines (made from dried grapes) come from the Sagrantino grape.

A little story about Arnaldo Caprai...a number of years back, I had the opportunity to have dinner with the daughter of the winemaker at Arnaldo Caprai. At the end of the evening, I purchased some of the wines, and held on to them. On the day I received my Sommelier Certification, the bottle I brought with me for the ceremony was an Arnaldo Caprai Passito Sagrantino. A wonderful wine, and a wonderful memory.

I think the wines for this tasting will all showcase the different regions and different grapes of Italy. I am looking forward to the response from those attending the tasting, and hope some of them will add their comments to this blog, after the tasting.