Christmas in the Air 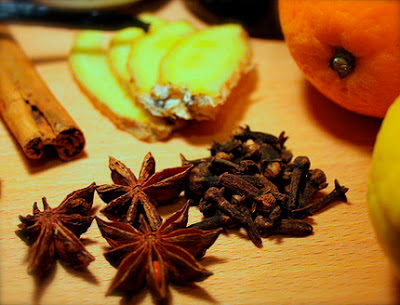 Smells can bring back memories. To this day, I can go to Disneyland and smell the water on the jungle ride, and immediately flash back to being a kid. The same with Christmas. There are certain spices and smells that I always associate with Christmas. These aromas of Christmas go back to some European traditions. The smells of  a fresh cut Christmas trees, Gingerbread cookies, Stollen, fruitcake. The smells that remind me of Christmas are cinnamon, nutmeg, clove, allspice and ginger.

Spices have a historic connection with the holiday. What did the three wise men bring to the baby Jesus on that first Christmas, besides gold? Frankincense and Myrrh....both spices.

And where does wine come into the conversation? For over 2000 years, wine has been associated with the followers of Christ, as a metaphor for blood. What could be more traditional than wine with Christmas. But, if you want to add the spices of Christmas, then you might be interested in a traditional winter drink made of warm wine and spices. The most recognized is known as Mulled wine (British), Glögg (Nordic), Gluhwein (German), or even Vin chaud (France). 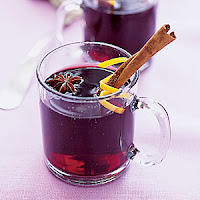 Whatever you want to call it, this mulled wine is a drink that is slowly heated along with sugar, spices, fruit, and sometimes, brandy. Originally this was done to mask the poor quality of old wine (prior to proper storage containers). The wine had been sitting around since harvest, and started to oxidize, so the only natural thing to do was to add spices, sugar, and other ingredients, to help improve the flavor.

While recipes show up as early as 1390, there are so many variations, that not one recipe can be called traditional. The most common ingredients are:

One bottle of red wine (Beaujolais, Zinfandel, or Merlot)
One peeled and sliced orange and or lemon (if you use the peel, remove the white pith, unless you like bitter wine)
1/4 cup of brandy
8-10 cloves
1/4 cup honey or sugar
3 cinnamon sticks
1 tsp fresh  ginger
Other potential ingredients: allspice, nutmeg, cardamom, anise, raisins, cranberries

For best results, you want to slow cook the wine. Boiling will accelerate alcohol evaporation, so slow cooking is best. A crockpot is the best way to assure slow cooking, and filling your home with the smells of Christmas. 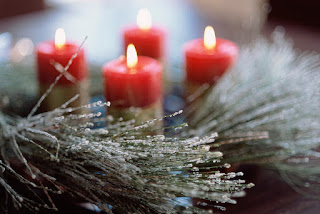 So, this Christmas, either recreate the smells of Christmas past, or create new memories for your family and friends, but most of all, have a Merry Christmas!
Posted by The Sommelier: