The Wines of the Family Winemaker Tasting 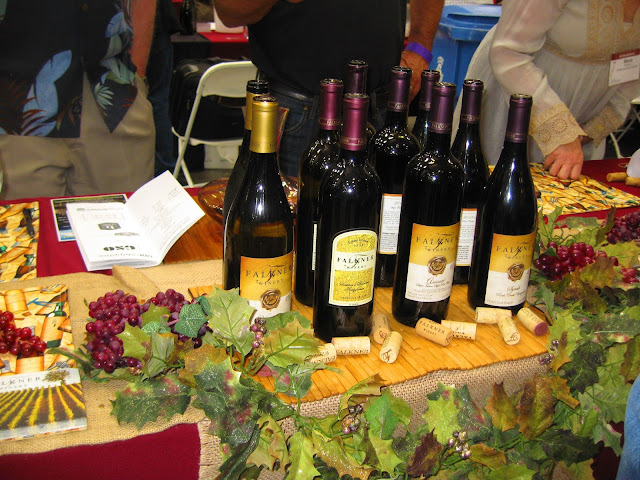 The Family Winemakers of California were once again back in Del Mar. This is the signature winemaker event for trade and consumers in the San Diego area. It is an opportunity for family-owned wine operations to present their wines, and for me, and opportunity to discover a new outstanding winery. My reviews, and pick of the day follow. 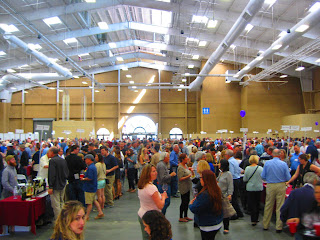 This year, the number of wineries seemed less than in the past, but there were still 88 wineries in attendance. Twenty wineries were pouring for the first time. The doors opened at 1:00pm on a sunny Sunday afternoon. Trade and media were let in an hour before the consumers.

Prior to arriving, I had downloaded the program, which contained details on each winery: who their owners are; where they are located; what they were pouring; and how many cases they produced. While you cannot take wine out of the event, the winemakers were taking orders from the trade.

All the wineries were set up on long tables, and arranged in alphabetical order. Large signs were located above each tasting location, identifying the winery. Many wineries just had their bottles on the table, and were pouring, while others had decorated their spots with all types of wine related paraphernalia and informational brochures. 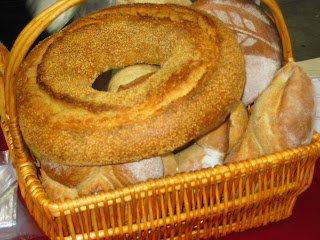 As I do every year, my focus was to find one or two standout wineries that I had never heard of. Additionally, I wanted to concentrate on central coast wineries along with the Sierra Foothills, and Lodi. That doesn’t mean I didn’t try some wines from Napa and Sonoma…of course I did.

In four hours, I met with 18 winemakers, and probably tasted around 60 to 70 different wines. I can assure you that I actually tasted, not drank, that number of wines. It is terrible to see so much wine being poured into a spit bucket, but when you have to drive away from the event, it is the only safe thing to do. Luckily there was fresh baked bread from La Brea Bakery, and cheese plates from Kerrygold set up throughout the venue. Palate cleansing was a fairly easy task.

Some highlights in the tasting:

Barr Estates continues to make one of the best valued Petite Verdots’ on the market. Greg Barr, and his winemaker, Signa Zoller continue to create tasting wines that are all under the $30 mark. This Paso Robles winery is doing it right. My wife enjoyed their Rose of Malbec, and they also presented a couple blends: Dane Head and Jubilado, which were interesting.

I tried numerous Chardonnays and Viogniers, and one that stood out was from Admirable Family Vineyards. This winery is located in Malibu, and is run by a French family. The Viognier was a blend of Viognier and Chardonnay. No oak and about $45 retail. Brophy Clark Cellars, out of Santa Maria had a very nice Chardonnay, at about half the price. Both are worth seeking.

In the past, I have shied away from Temecula wines. I decided to stop by the Falkner Winery, and talked with Ray Falkner about what they are doing down there. I think the wineries are seeing that success will come with the “right” grapes being planted. Falkner had a very nice Sangiovese, and their version of a “super Tuscan” will probably last 10 to 15 years in the cellar. This is the second Sangiovese I have tried from Temecula, and both have been impressive. The other was from Baily.

From the Sierra Foothills, Frog’s Tooth Vineyards had a zesty Barbera (would be great with any tomato based dish) and an interesting Tempranillo. All their wines were reasonably priced between $15 and $40.

Ken Brown Wines had a very familiar nose and palate to them. I tried their Sauvignon Blanc and three of their Pinot Noirs. The Sauvignon Blanc came from the Vogelzang vineyard in Happy Canyon AVA. Personally, this is the way I think Sauvignon Blanc should taste. It has a unmistakable nose to it. One of my favorites is made by Dragonette Cellars, who sources their grapes from the same vineyard. The three Pinot Noirs were from different vineyards in the Santa Rita Hills. One being the Radian Vineyard (again, the same as Dragonette Cellars).

One of the few Pinot Gris’ we tried was from Manzoni EstateVineyards in the Santa Lucia Highlands. This Pinot Gris had nice acidity, due to its’ cooler climate location. The nose was green apple, stone fruit and pear. The wine had more body than if you were drinking something from Italy. Much more Alsatian in style.

There were a lot of other wineries that I tasted. Some good, some very good, but there could only be one “find” of the event. That winery was Silver Wines. Benjamin Silver is basically a one man show. He is the winemaker and owner, since 1996, when he left Zaca Mesa. Silver Wines produces small bottlings of: Pinot Noir, Cabernet Franc, Syrah, Nebbiolo, and two extraordinary blends:  Saviezza & I Tre Figli. The I Tre Figli was the best wine of the day. He had both a vintage and non-vintage verson of the wine. I actually preferred the non-vintage. It was a proprietary blend of Cabernet Sauvingon, Sangiovese and Cabernet Franc. It was silky, smooth, complex and had the ability to age. Find this wine, and buy it now, as the production is only about 350 cases.

I don’t know where the Family Winemakers of California event will be next year, but you can always go to their website to learn about upcoming events. Try to attend, and maybe you will also make sme new discoveries.

See you next year at the tasting!
Posted by The Sommelier: