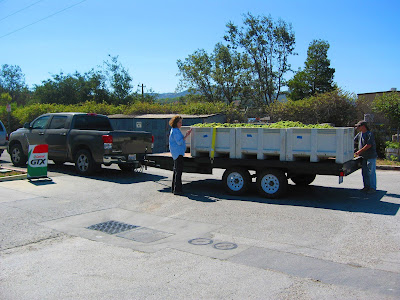 My quick trip to the Central Coast was a whirlwind. We got some great video, and met with some of the outstanding winemakers and vineyard growers in the area. As a wine educator, I always learn something new on every visit, and this trip was an extraordinary learning adventure....as you will find out, once I can talk more about the videos. Stay tuned!
Posted by The Sommelier: