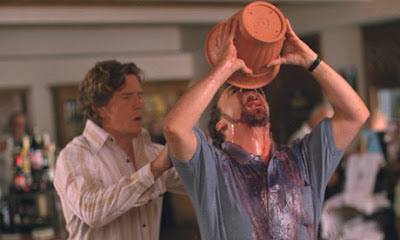 Ever since the movie Sideways came out in 2004, just the mention of Merlot has given me flashbacks to the scene where Miles is adamant about not drinking the wine ("If anyone orders Merlot, I'm leaving. I am NOT drinking any f***ing Merlot") , instead preferring his much vaulted Pinot Noir. Now I must admit, I am a Pinot Noir fan, but I also love a good Merlot.

What do you know about Merlot, and do you still drink it?

Merlot is one of the original Bordeaux grapes. The first recorded mention of the grape occurred in 1784. It is thought that the name Merlot comes from a similar French word for Blackbird: "Merle". The lineage of the grape is not certain, but it is most definitely related to Carménère, which for years, was confused with Merlot in the vineyards of Chile. 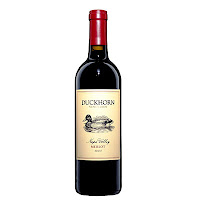 Merlot is considered one of the Noble Grape varieties, and is used both as a blending grape, and a single varietal wine. When used for blending (typically with Cabernet Sauvignon, Cabernet Franc, and Malbec) it adds body (via higher alcohol), color, richness and certain amount of softness to the blend. Naturally low in acidity, Merlot can help balance out a higher acid grape variety. In the Bordueax region of France, Merlot is typically part of the blend, and is used as an "insurance policy" for the Chateau. If the Cabernet Sauvignon crop is marginal, they may be able to save their vintage with the addition of the  Merlot grape, which is the most planted grape in Bordeaux. On the right bank, which has cooler, clay soils (versus the left banks' gravel) and a slightly warmer climate, Merlot thrives, and produces a wine with more structure than those on the left bank. One of the most expensive wines in the world is Château Pétrus, and it is mostly Merlot...so much for the lowly grape from Sideways!

In the new world, Merlot has made inroads in Chile, Argentina, and New Zealand, but it is California and Washington where the grape has come into its' own. Originally grown in California, for single variety wines, it returned to its' roots as a blending grape, and found a home as part of the Meritage blend (the new world version of a Bordeaux). But, it is Washington that seems to be making waves with their style of Merlot (not to mention their great price points). The wines coming out of Washington are deep in color and well balanced. Columbia Crest and Chateau St. Michelle have been leading the pack. When those of us in the United States think of Washington state, we think it is just too far north to grow good grapes, but if you look at a map of the world, it is the same latitude as Bordeaux, France.

The flavor profile for Merlot will vary based on the vinification process, and the growing conditions (soil, climate, etc). But in general, Merlot is a soft wine, with mild tannins, and dark in color. The most common flavors and aromas associated with Merlot are black cherry, plum and chocolate. But, notes of  raspberry, figs, cinnamon, cloves and nutmeg (often described as Christmas Pudding or Fruitcake) are also common. Under ripe Merlot can display vegetal (bell pepper) similar to Cabernet Sauvignon.

Most Merlots are made to be drunk young, due to it's low acidity and low tannins, but blended with Cabernet Sauvignon, the wine can last for decades (particularly those from the Right Bank of Bordeaux). The best new world winemakers are producing Merlot with more "backbone" that should last longer than your standard fair. 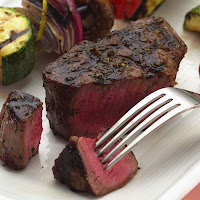 Since Merlot makes soft, rounded wines, it is a good choice for many types of foods. It can handle herbs and spice (but not too spicy as the heat will accentuate the alcohol), as well as fowl and red meat. For a heavier version of Merlot, look for foods that would also work with Cabernet Sauvignon: steak, lamb, grilled meats. For lighter versions with more finesse, think like a Pinot Noir: salmon, pork, mushrooms. Stay away from light fish, and cream sauces, and also avoid blue cheeses (and strong cheese in general), which will overpower the wine.

The ultimate expression of the Merlot in your glass, is determined by the approach of the winemaker. If he/she treats it like a Pinot Noir, then your wine will be light, smooth and full of finesse. If treated like a Cabernet Sauvignon, then the the oak, and tannins will produce a heavier, more powerful wine. So, revisit Merlot, try different styles, and compare. If you have the money, try a St. Emilion or Pomerol, and compare them to the Washington and California styles. You may just rediscover what all the fuss was about, before 2004. Oh, and the wine Miles drank at the end of Sideways, you know, the one he had been saving, and drank out of a styrofoam cup in the restaurant....it was a 1961 Château Cheval Blanc (a blend of 52% Cabernet Franc and 47% Merlot and 1% Cabernet Sauvignon, from the right bank of Bordeaux). 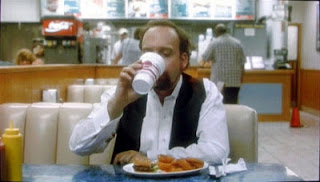